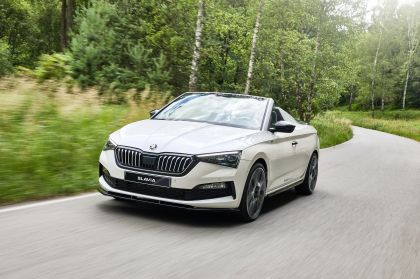 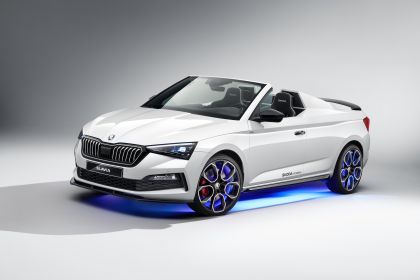 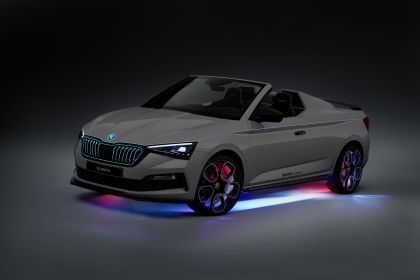 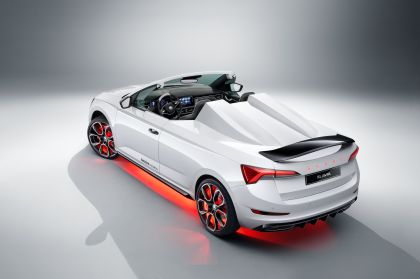 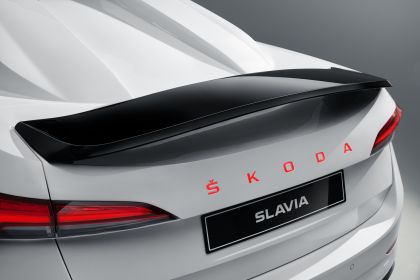 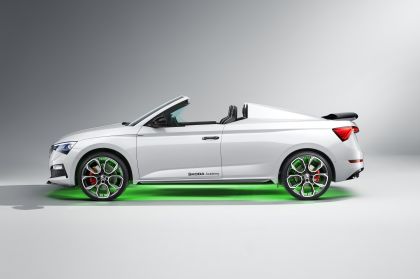 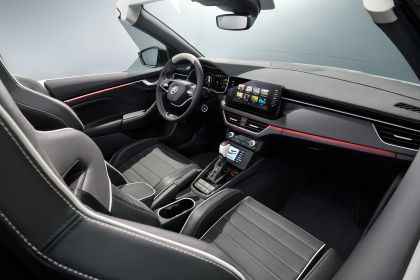 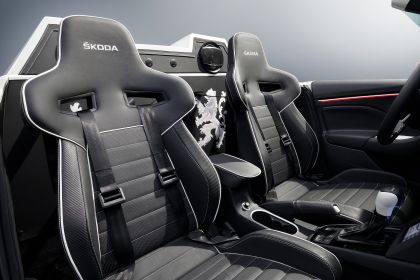 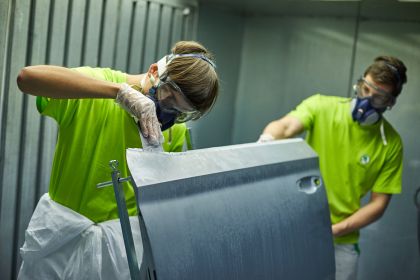 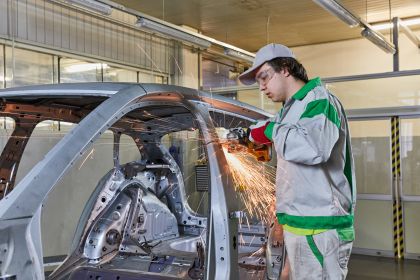 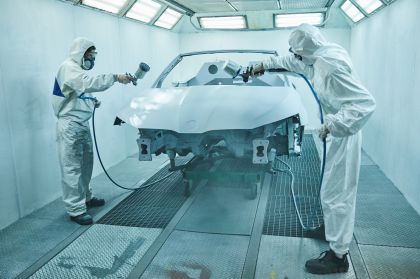 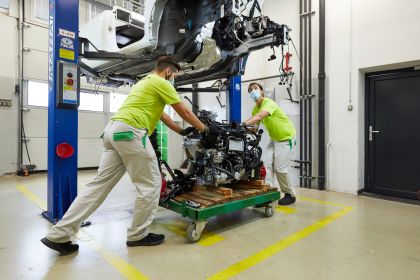 The seventh Škoda Student Concept Car, designed by 31 trainees attending the renowned Škoda vocational school, links the past with the present: the open-top Škoda Slavia pays homage to this year's Škoda AUTO anniversary by commemorating the name of the first bicycles produced by Václav Laurin and Václav Klement after they founded the company in 1895. The spider variant of the Škoda Scala combines the contemporary compact model's bold and exciting lines with a common design standard from the earliest days of motoring, when most automobiles were open-top vehicles. From first draft to building this one-off car, the students completed every step themselves, with support from their instructors as well as Škoda experts in the Design, Production and Technical Development departments. This, the seventh Škoda Student Car since 2014, once again showcases the high standard of training at the Škoda vocational school in Mladá Boleslav.

Alois Kauer, who took over as Head of the Škoda Academy in February 2020, says, "The Student Car is the Škoda vocational school's annual flagship project. For the seventh year running, our students are demonstrating the high standard of our in-house training by planning, designing and building an impressive one-off car. We enable them to design their dream car, working with professionals from our various departments. As a result, their training already familiarises them with processes that will become part of their working lives later on, when they graduate from our vocational school and embark on a career in our company."

The seventh iteration of the Škoda Student Car marks the first time the project participants - comprising 31 trainees, among them five women - have chosen the Škoda Scala as the basis for their personal take on a dream car; turning the compact hatch model into a particularly sporty spider. By choosing the name Slavia to mark the Škoda AUTO anniversary year, they are commemorating the company's first bicycles, produced by its founders Václav Laurin and Václav Klement under the same name. As in the production version of the Scala, the car's distinctive design, defined by precise lines and sculpted surfaces, ensures that the spider variant, too, boasts a sporty and emotionally compelling appearance. The matching dynamic performance of the Škoda Slavia comes courtesy of the Scala's familiar 1.5 TSI petrol engine with an output of 110 kW (150 PS), and a seven-speed DCT. Other carry-overs from the production model include the front and rear axle, steering, the complete electronics including cabling as well as the assistance systems. The instrument panel, Virtual Cockpit and infotainment system have also remained unchanged.

In coming up with the idea for the Slavia spider, the trainees took inspiration from the Škoda 1100 OHC. Presented in 1957, this sports prototype was an open-top two-seater race car designed by Škoda for use in endurance rallies. With its low and very aerodynamic body made of glass fibre-reinforced plastic and a weight of just 550 kilograms, the Škoda 1100 OHC, powered by a 1.1-litre four-cylinder engine with an output of 92 PS, reached a top speed of 190 to 200 km/h, depending on the axle ratio. This race car is one of the milestones in Škoda's 119-year motorsport history. One of the two prototypes built is now on display at the Škoda Museum in Mladá Boleslav.

Comprehensive modifications to the body

To transform the Scala hatch into the open-top Slavia, following the example of the Škoda 1100 OHC, the trainees performed numerous modifications to the car's body, redesigning many areas and adapting existing solutions. They reinforced the underbody, removed the roof and welded the rear doors in place, thereby turning a compact hatchback model with plenty of space for five people into an uncompromising two-door two-seater. To redirect the airflow over the vehicle, they developed a special cover with hallmark twin speedster humps behind the seats, which blends into an equally new boot lid featuring an integrated rear spoiler. The students paid special attention to clean transitions on the A-pillars and doors. 20-inch alloy wheels from the Škoda Kodiaq vRS make for an especially sporty appearance. The brake system and wheel hubs come from the Octavia vRS. The redesigned underfloor area houses a modified exhaust system.

The particular lustre of this concept car comes courtesy of the White Crystal Blue exterior colour contrasting with the black detailing on the front and rear aprons and side sills. The white high-tech paint finish consists of three layers resulting in a bluish pearlescent effect, which is emphasised by means of neon blue accents along the signature Škoda body lines as well as on the distinctive Škoda grille and the brand logo on the bonnet. Programmable LEDs, positioned below the side sills carried over from the Scala Monte Carlo and behind the alloy wheels, provide user-configurable dynamic exterior ambient lighting in blue, red and white - the three colours of the Czech flag. The illuminated Škoda wordmark also doubles as indicator, brake light and reversing light. A "DRIVE 125 YEARS" badge on the front doors recalls the company's founding in its anniversary year.

Sporty highlights in the interior are provided by four-point seat belts and special SPARCO racing seats, whose cushions and backrests have a black perforated leather finish. The seats' side bolsters feature black carbon leather with white contrast stitching. These distinctive seams also add special appeal to numerous other interior elements finished in black leather, such as the centre armrest, shift lever gaiter, handbrake lever gaiter or the rear cover plates. The same combination is found in the lower two-thirds of the steering wheel rim, while the upper third is finished in white leather, as is the shift lever knob. Finally, a particularly eye-catching detail is the black leather parcel shelf featuring two embroidered lions that house two sunken bass speakers. The subwoofer has an output of 2,250 watts, with the remaining speakers adding another 320 watts. The Slavia's boot accommodates two Škoda electric scooters. The folding e-scooters are a perfect, eco-friendly solution for what is known as a journey's "last mile".

"The Škoda Slavia radiates a special dynamism even when parked. The new, humped rear cover, new boot lid and large wheels make for a very sporty appearance, which is further enhanced by the racing seats and four-point seat belts in the interior. The students have managed to imbue their vehicle with its own individual character while mastering the engineering challenges involved in turning a closed-body vehicle into an open-top spider," says Zdenk Stanke, team leader at the Škoda Academy.

Martin Slabihoudek, the head of the Škoda vocational school, adds, "Participating in the Student Car project is considered a great honour among the trainees at the Škoda vocational school. You're given an opportunity to have a hands-on experience of what it's like to design, develop and build a car from scratch, from the initial blank page to the finished vehicle. Being supported by experts from various departments is great, and they also shared some tricks of their trades with us. This is potentially invaluable for our subsequent careers. What I like most about the Slavia is the way in which playing with colours and light can result in amazing effects."

2020 marks the 125th anniversary of Škoda, and the students' exciting spider concept car pays tribute to the company's early days. By using the name Slavia, the trainees are commemorating the first business venture of founding fathers Václav Laurin and Václav Klement, who started out in 1895 by repairing bicycles in Mladá Boleslav. Soon the duo began designing their own bikes, successfully marketing them under the brand name Slavia from 1896 onwards. Reviving this historic name perfectly complements the students' idea of taking the cutting-edge Scala on a journey through time, back to an era when the first automobiles were open-top vehicles. A classic spider is all about wild and free motoring. With its commitment to open-top enjoyment, the Škoda Slavia departs from convention and embodies a spirited, youthful and carefree attitude.

"Opting for the Slavia name shows that our trainees had their eyes not only on their own Student Car project, but also kept the entire company and its history in mind. By doing so, they've added a valuable and unique aspect to the Škoda anniversary year, and, as a result, become themselves part of our continuing success story," says Jaromir Bátora, Development coordinator for the Škoda vocational school. Ludvík Arazím, the electrician from the Azubi Car team, explains, "As this year marks Škoda's 125th anniversary, we all agreed pretty quickly that we wanted to use our Student Car to pay tribute to the company's origins and the early days of motoring. As an uncompromising spider, the Slavia follows in the footsteps of the open-top cars that defined the pioneering days of the automobile. Using the first brand name chosen by Václav Laurin and Václav Klement perfectly complements this homage."

Founded in 1927, the Škoda vocational school in Mladá Boleslav is known for its excellent standard of training. Since then, more than 23,000 students have graduated from the school. The current, 900-strong student body, is being taught in 13 different technical courses. Each successful graduate of the school is offered employment at Škoda AUTO. In 2013, the vocational school became part of the Škoda Academy and established a new tradition in the form of the Student Car project. This annual project enables young talent to design an original vehicle and then build it themselves. The first such vehicle was the CITIJET in 2014, a two-seater version of the Škoda Citigo.

For the trainees, participating in the Student Car project represents a unique opportunity to apply and improve the skills they have learned in a practical context. The current student team were once again eager to interact with experts from all Škoda departments. They received valuable tips in the Development department, and during a visit at Škoda Design, department head Oliver Stefani and his team personally assisted the students with the creation of their first design sketches for the Škoda Slavia. The Production department provided recommendations for suitable materials and technologies such as 3D printing.

"The Student Car project provides our trainees with an intensive behind-the-scenes look at all development and production departments at Škoda. Learning from Škoda experts in various areas is a very enriching experience for our students. Sadly, this year's coronavirus pandemic and the resulting social-distancing measures and plant closures have hampered this exchange to an extent. It's also had an impact on how the trainees could work together during the final construction phase of their vehicle. Nonetheless, their boundless enthusiasm, exemplary discipline and adherence to comprehensive hygiene and safety standards helped our students to come up with an impressive vehicle," says Ivo Vollman, instructor at the Škoda Academy.

First precursors dating back to the 1970s

The students' creativity and craftsmanship are increasing almost every year. The CITIJET was followed 12 months later by the FUNSTAR pick-up based on the Škoda Fabia, and then came the ATERO, a coupé take on the Škoda Rapid Spaceback. 2017 saw the students return to the Škoda Citigo, this time with the all-electric ELEMENT. The fifth Student Car, presented in 2018, was the SUNROQ convertible based on the Škoda Karoq, and in 2019 students transformed a Škoda Kodiaq into the impressive MOUNTIAQ pick-up. Early versions of the Student Car project date all the way back to the 1970s. Following the construction of several small tractors and, later on, a Škoda 120 pick-up, 1975 saw trainees at the Škoda vocational school produce four exemplars of the Škoda BUGGY Type 736 by hand. One of these prototypes was carefully restored in 2017, again by trainees from the Škoda , and is now on display at the Škoda Museum in Mladá Boleslav. 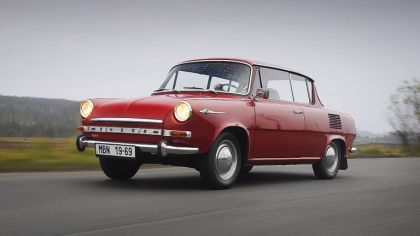 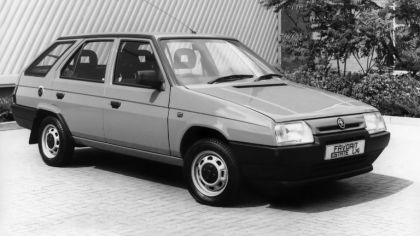 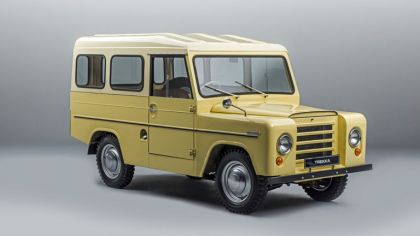 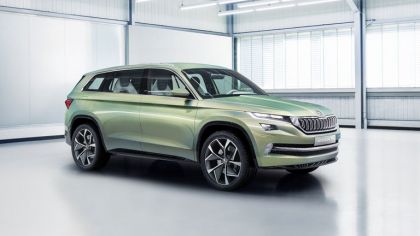 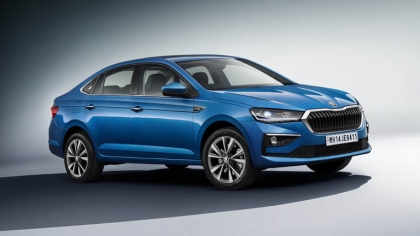 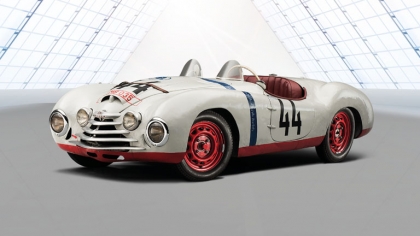 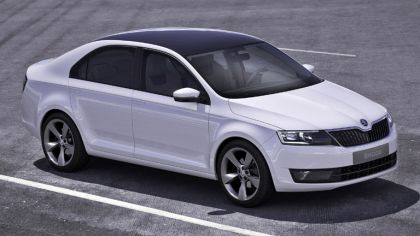 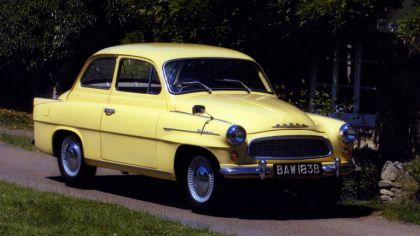 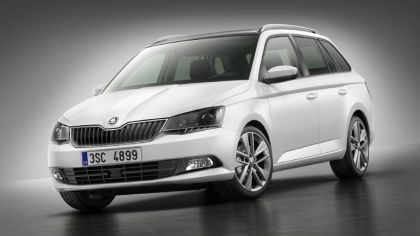