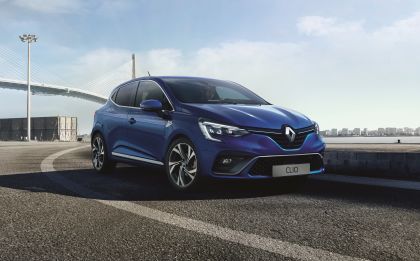 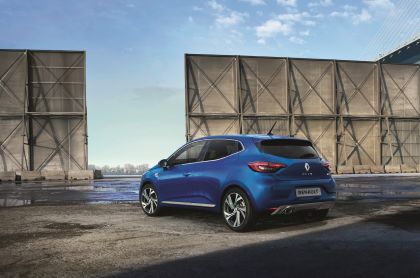 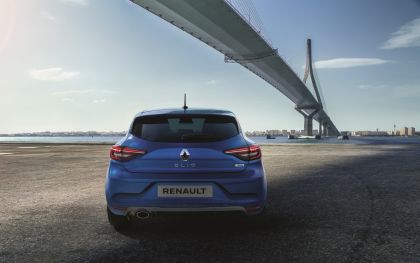 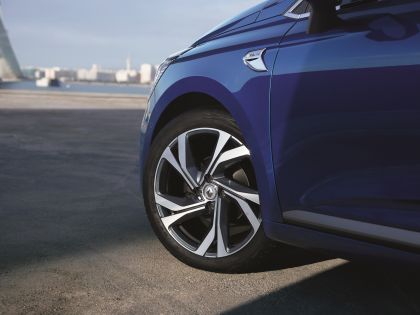 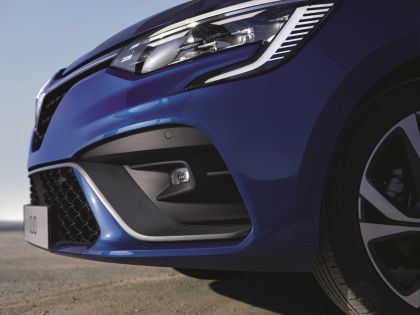 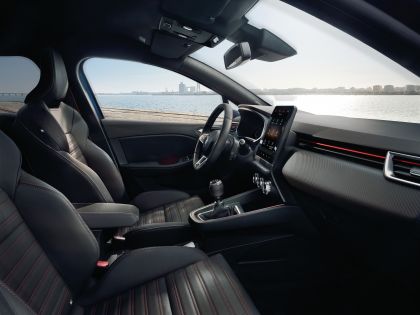 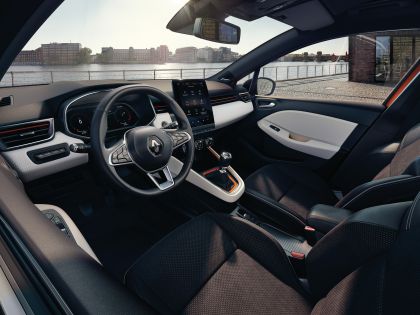 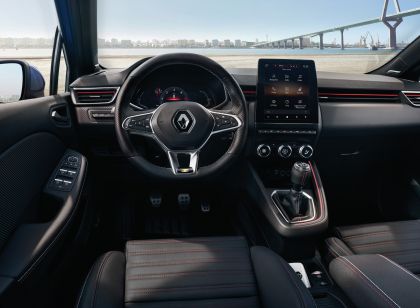 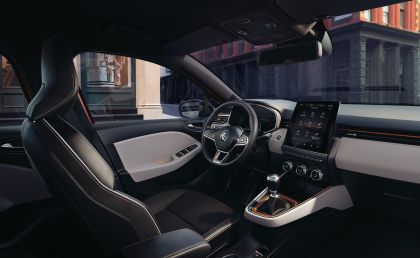 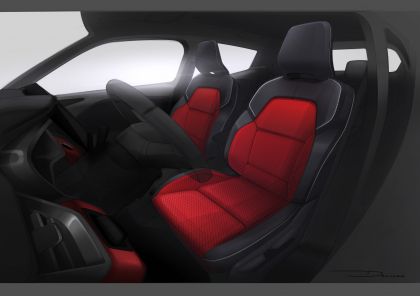 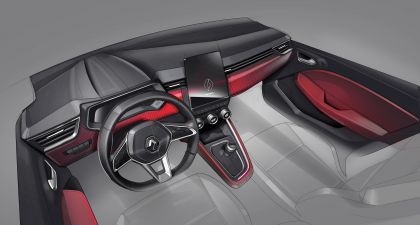 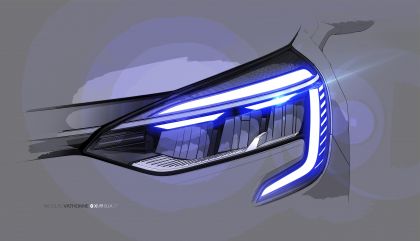 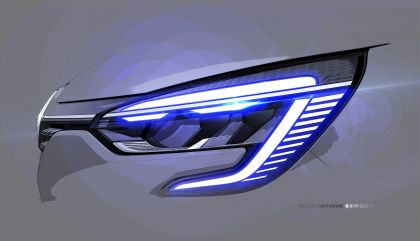 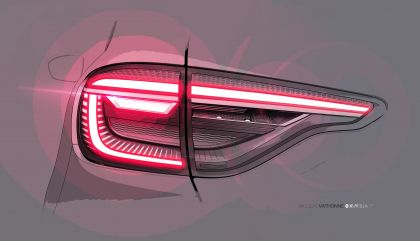 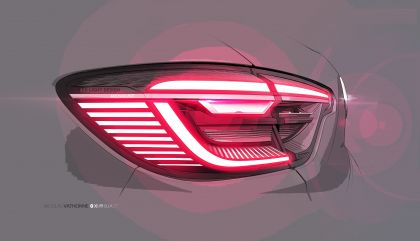 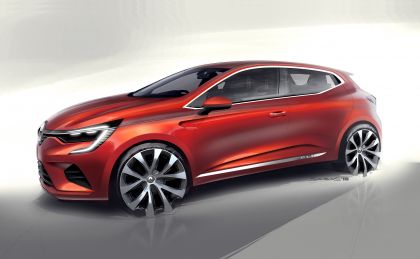 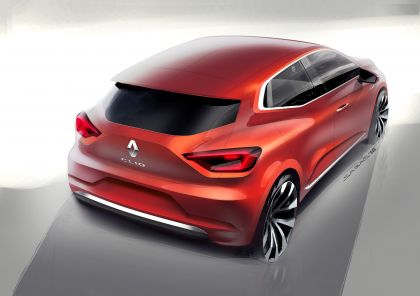 Renault presented the All-New Clio, the fifth generation of the automotive icon. To date some 15 million units of the Renault Clio have been sold since it was launched in 1990 and it has become Groupe Renault's best-selling model worldwide. Clio represents the French population's favourite car more than any other model and has risen to the top of the B segment in Europe since 2013. In a remarkable sales performance, Clio sales increased each year between 2012 and 2018.

More modern and athletic, the All-New Renault Clio draws on the DNA responsible for its success for nearly 30 years. It builds on the strengths of each of the four previous generations, opening a new and highly anticipated chapter in an illustrious story.

Designed according to the "Evolution and Revolution" principle, the All-New Clio rewrites the rule book with more mature body styling and an entirely revamped interior. Featuring more sculpted lines and a more assertive front end, the All-New Clio gains in vitality and modernity while remaining instantly recognisable, despite the fact that it comprises 100 per cent new parts. Inside, the revolution is strikingly clear. The completely redesigned interior is inspired by higher-end segments, both in terms of perceived quality and available technology. These strengths benefit all motorists, bringing them greater practicality and ease in use.

"The fifth generation Clio is very important for us as it is the best-seller in its segment and the second best-selling car in Europe, all categories combined. The Clio is an icon, and the latest features the very best of the previous generations. The exterior design of Clio IV won over our customers and continues to do so today, so we chose to keep that DNA while bringing modernity and elegance to the new model. The interior has undergone a true revolution, with a considerable improvement in perceived quality, greater sophistication and technology. It is the best Clio yet." Laurens van den Acker, Senior Vice President, Corporate Design

The All-New Renault Clio is the spearhead of Groupe Renault's strategic plan, "Drive the Future (2017-2022)". Presented in autumn 2017, the plan has three key objectives:

The All-New Clio is central to the strategy aimed at strengthening synergies in the Alliance. This strategy notably hinges on the development of shared technologies and the use of new platforms, such as the CMF-B platform that the All-New Renault Clio is the first to be built on and its new electrical and electronic architecture. The platform can thus integrate the latest technologies to respond to new market requirements.

It takes just an instant to notice. Perceived quality and the ergonomics of the driving position were set as priorities for the All-New Clio interior design teams. The cabin takes on a new dimension in perceived quality with high-end materials, a soft coating on the dashboard, door panels and central console surround, and meticulously finished furnishings. Featuring a more compact design to free up space and integrate more in-car technologies, the All-New Renault Clio's all-new 'Smart Cockpit' is driver-focused. The wave-like shape underlines the impression of width. Equipped with the widest screens in the segment, it provides resolutely modern ergonomics for a more immersive driving experience. The All-New Clio makes innovations unique to the segment widely accessible, among them an electric parking brake, which is particularly useful in city driving.

A key component of the Smart Cockpit, the 9.3-inch multimedia screen (twice as large as the 7-inch version) is the biggest ever on a Renault model. The vertical and subtly curved tablet, inspired by that on Espace, visually enlarges the dashboard, lends the cabin a more contemporary feel and improves screen visibility. Turned towards the driver, the screen, with its new EASY LINK connected system, comprises all the multimedia, navigation and infotainment features as well as the MULTI-SENSE settings, all of them remarkably simple to use.

For the first time, the All-New Clio is equipped with a digital screen replacing the traditional analogue display. The technology has been adopted directly from higher-end segments. Measuring 7 to 10 inches, the TFT screen can be used to customise the driving experience in a highly intuitive manner. The 10-inch version will include GPS navigation in the display. With its two, 9.3-inch and 10-inch screens, the All-New Clio boasts the largest screens in its category.

Particular attention was paid to the quality of the All-New Renault Clio's entirely redesigned dashboard. It is divided into three parts: a top panel with a foamed coating, a coated and customisable central panel, and a lower area housing functional components such as the glove box. The dashboard's wave-like shape lends extra visual width to the cockpit. This impression is further heightened by the horizontal forms of the central and side air vents. Below the central screen, meticulous attention was paid to ergonomics, with 'piano' buttons and direct-access air conditioning controls for easier use by drivers.

The new, more elegant steering wheel has a more compact design through the use of a more compact airbag than on the previous model, improving dashboard visibility for the driver. Equipped with a thumb rest and a broader hoop, the new wheel is also a pleasure to hold. It is fitted with new, more comprehensive and back-lit controls and contributes to the improvement in perceived quality with its satin chrome finish.

The central console is also a key component of the All-New Clio's Smart Cockpit. Positioned higher for enhanced ergonomics, it is home to a shorter gear lever offering a natural and comfortable grip. The coated central console can be customised depending on the interior design scheme and features special lighting on its outer edge. The eminently practical storage compartments built in to the lower part of the console make life easier for passengers, including a wireless smartphone charging area.

The seats on the All-New Clio are generally seen in higher-end models. They provide better support through a longer seat base and a more enveloping shape. Their semi-soft shell significantly improves knee space for rear passengers when their new, thinner comma-shaped headrests improve rear visibility and bring back-seat passengers a greater sense of spaciousness. Particular care has been taken in the choice of materials, as in the case of the dashboard. As such, these contribute to the improvement in perceived quality on board. The seats are also more ergonomic and easier to use thanks to more accessible controls.

The door panels on the All-New Clio are also available in soft materials unique to the segment. The coated panels boast large inserts enlivened, like the arm rests, by a range of available design schemes. The inserts are also equipped with a soft, indirect and diffuse light ambience.

Each All-New Renault Clio owner can create a car that reflects their personality with a range of customisation packs, deciding on the appearance of the central console, dashboard, door panels, steering wheel and arm rests. Customers can choose between no fewer than eight interior design schemes and benefit from an innovative customisation offering with special colours for the line formed by the air vents spanning the entire width of the dashboard. The All-New Clio is also available with ambient lighting in eight different colours.

More elegant and dynamic from all angles, the All-New Clio inherits the sensual shapes of the previous generation. The new model gains in expressiveness while keeping its sleek profile. At the front, the bonnet incorporates ribs for a sculpted effect. The grille is bigger and the front bumper is more pronounced with a very expressive central air scoop that promotes good engine cooling. In terms of size, the All-New Clio is 14 mm shorter but more spacious inside. The body has been lowered by up to 30 mm for better aerodynamics and extra athleticism. The 17-inch wheels (depending on version) enhance the new model's dynamic look. Details such as the shark fin antenna, the 100 per cent LED lights, the flush tailgate and the chrome-plated side-window surrounds serve to modernise the exterior and improve perceived quality.

The All-New Renault Clio is available in several new body colours including Valencia Orange and Celadon Blue. Embodying the All-New Clio's vitality, the new Valencia Orange tone offers unprecedented depth and radiance thanks to a specific coloured varnish treatment making its first appearance in the automotive industry. In all, the All-New Clio is available in 10 body colours and with three exterior customisation packs (in red, orange and black).

The All-New Renault Clio is the first to be fitted with air deflectors on the front wheel arches. The deflectors serve to limit friction and boost aerodynamics, thereby reducing fuel consumption. As a bonus, they lend a dynamic and sporty air to the design of the All-New Clio.

The headlights on the All-New Clio, now 100 per cent LED from the entry version, are equipped with the C-Shape light signature that characterises Renault models. They lend the All-New Renault Clio a more expressive look, underscored by the diamond motif topping the light and adding extra elegance.

The boot architecture has been optimised to make its shape as cubic as possible. The premium BOSE audio system has been fully integrated and therefore does not encroach on boot volume, which has been increased to 391 litres (plus 26 litres of interior storage space), making it the largest in the segment. The double floor simplifies everyday loading, while the rear seats fold down to provide a flat floor.

As with the headlights, the more expressive rear lights feature a new C-Shape light signature with a particularly strong effect of depth. A third, longer and thinner brake light is fitted on the top of the rear window.

The sleek profile of the previous generation, symbolised by the window-mounted rear door handles, has been improved through a number of aesthetic choices. These include chrome-plated window surrounds, gloss black window pillars and rear handles, lower side panels hollowed out of the sheet metal, and the chrome-plated CLIO signature. The care and detail paid to the body sides also boost the perceived quality of the exterior.

The rear comprises chrome-plated lines as seen on the sides, while the cut of the rear window serves to more seamlessly integrate the tailgate in the body. The design of the boot, and in particular the flush fit between tailgate and bumper, was reworked for extra perceived quality.

Renault Sport is introducing its R.S. Line trim on the All-New Clio, gradually replacing the former GT-Line. GT-Line was a pioneer in sporty look packs and has bolstered the Renault Sport range strategy in all markets since 2010. With upgraded and richer content, R.S. Line is more than a mere name change.

R.S. Line provides a more athletic look in response to the expectations of customers, who are increasingly looking for extra differentiation through dynamic styling.

R.S. Line also has stronger kinship with the high-performance R.S. label, the two letters being synonymous with authentic sports driving. The new label boasts all the key exterior and interior design cues of Renault Sport.

The interior is home to other distinctive R.S. Line items including sports seats with reinforced support, carbon-style inserts, a perforated leather steering wheel with the double R.S. diamond, an aluminium pedal set, and red customisation touches matching the topstitching on the seats and steering wheel.

The R.S. Line brings the All-New Clio more sporty attributes so that customers can more fully experience the brand's motorsport heritage, which remains very much alive today, from Formula 1 to customer competition. 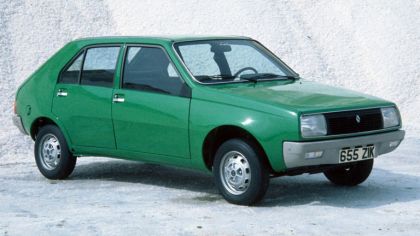 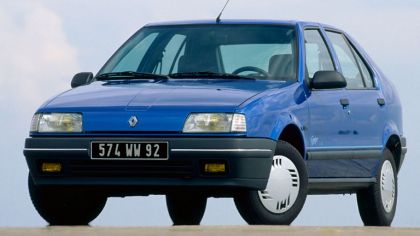 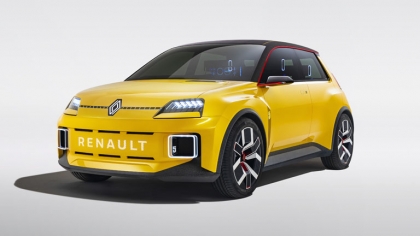 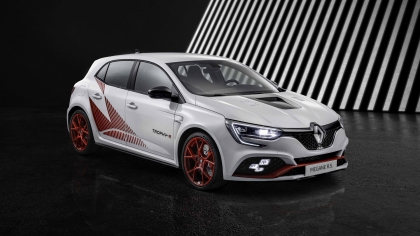 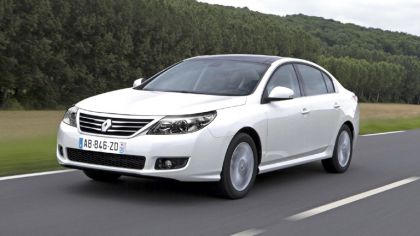 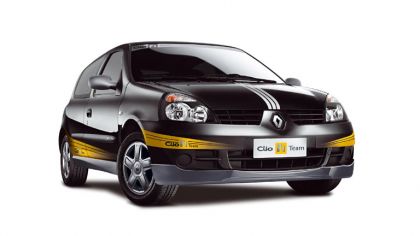 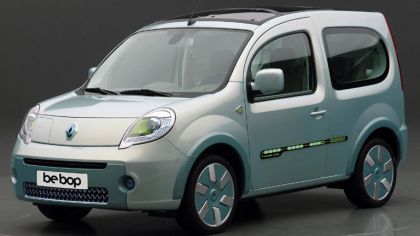 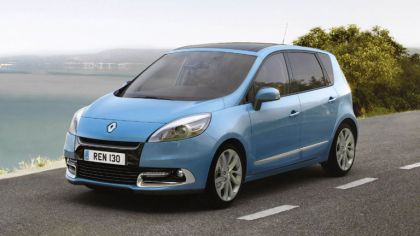 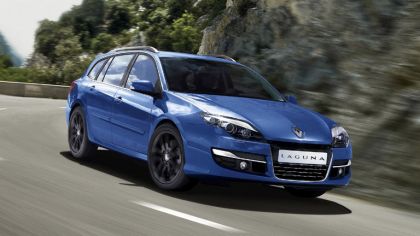