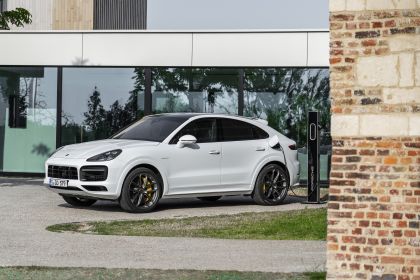 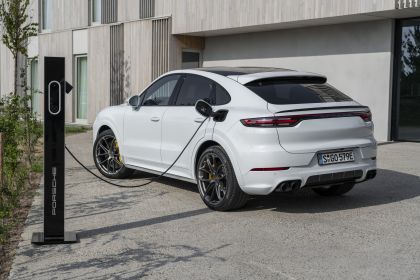 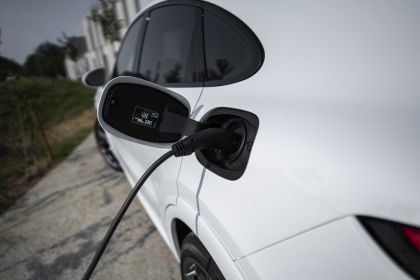 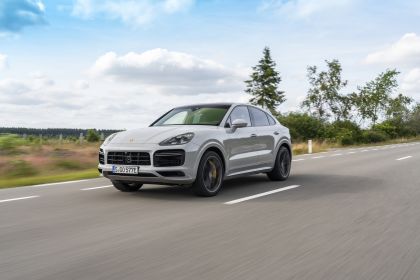 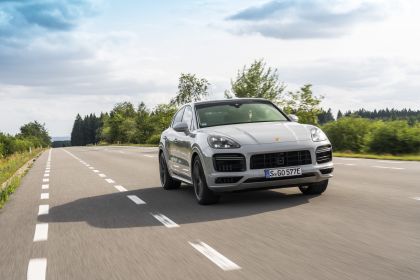 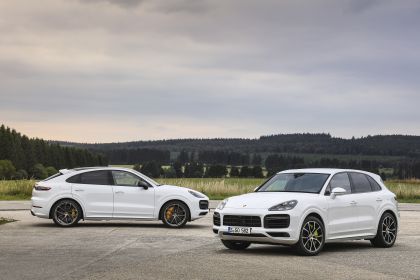 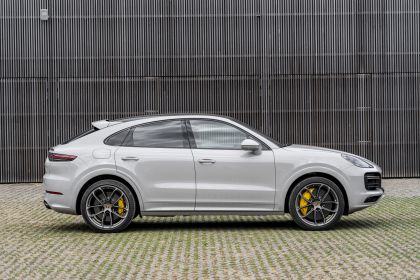 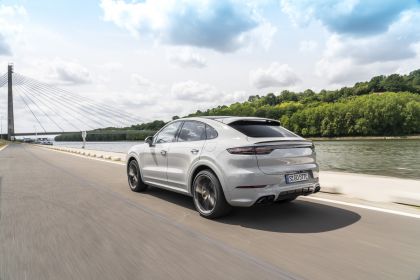 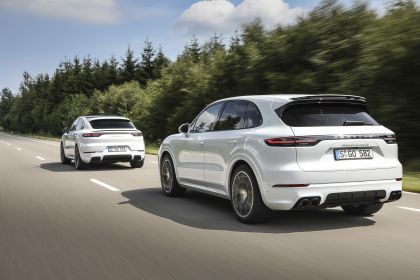 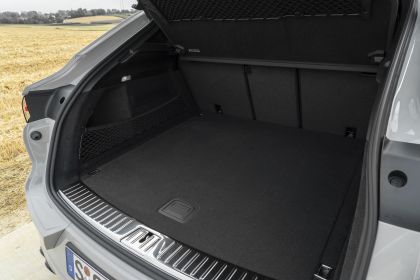 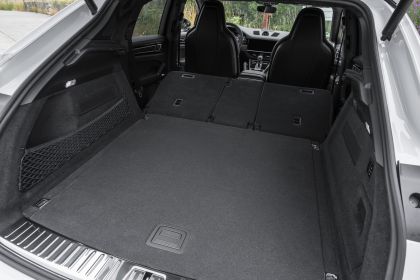 These two new additions to the Cayenne model series draw their system output of 680 PS (500 kW) from the intelligent combination of a four-litre twin turbo V8 engine (550 PS/404 kW) and an electric motor (136 PS/100 kW) integrated into the eight-speed Tiptronic S transmission. The maximum system torque of 900 Nm is available from just above idle speed. Both models accelerate from a standing start to 62 mph in 3.8 seconds and where possible can reach a top speed of 183 mph.

This exceptional performance is matched by a high level of efficiency: the Cayenne Turbo S E-Hybrid and Turbo S E-Hybrid Coupé can drive for up to 19 miles with zero local emissions. The WLTP weighted Combined fuel economy is 52.3 – 58.9 mpg, and CO2 (NEDC) is 85 – 90 g/km.

In addition to the two top models, the hybrid range from Porsche now includes the new Cayenne E-Hybrid Coupé with system power of 462 PS (340 kW), torque of 700 Nm, and electric range of up to 22 miles. The Cayenne E-Hybrid sister model, updated for the new model year and now featuring a gasoline particulate filter, is also available to order once again.

Speeds of up to 83 mph with just electric power
Like all Porsche plug-in hybrids, the new top-of-the-range model in the Cayenne family is also one of the most sporting vehicles in the premium segment – not in spite of its hybrid powertrain, but because of it. In the Cayenne Turbo S E-Hybrid models, the electric motor is located between the V8 engine and the eight-speed Tiptronic S transmission.

The two motors are interconnected via a separating clutch inside the hybrid module, referred to as the Electric Clutch Actuator (ECA). In E-Power driving mode, the electric motor can, on its own, propel the car up to a maximum speed of 83 mph. It can also be used in the other modes for an additional power boost. These modes can be selected via the standard Sport Chrono Package (Hybrid Auto, Sport and Sport Plus). Porsche has taken this boost strategy from the 918 Spyder super sports car.

The lithium-ion battery is installed beneath the load space floor and has a gross capacity of 14.1 kWh. The high-voltage battery can be fully charged within 2.4 hours with the standard 7.2 kW onboard AC charger, when using an appropriate industrial socket connection. The charging process takes six hours from a conventional domestic socket. Charging can also be scheduled via Porsche Communication Management (PCM) or the Porsche Connect app (for smartphones and Apple® Watch).

Full connectivity and auxiliary air conditioning as standard
All Cayenne models include full connectivity as standard. This enables online navigation with real-time traffic information, smart online voice control, and extensive Porsche Connect services – including searching for public charging stations. Additional features of all Cayenne derivatives include wireless Apple CarPlay® and new USB-C ports. All hybrid models from Porsche also have auxiliary air conditioning as standard. This can be remote-controlled directly via the PCM and via the Porsche Connect app, and enables the vehicle to be heated and cooled even when the ignition is not switched on.

A double debut: Cayenne Coupé as a V6 and V8 hybrid
With the Cayenne Coupé, Porsche has added a more sporting variant to its successful SUV model line. Highlights of the coupé include sharper styling with a unique roof and rear section, an adaptive rear spoiler, a sports style rear seat bench with two or 2+1 seating options, and two roof design alternatives: a panoramic fixed glass roof as standard or an optional carbon roof.

Like the SUV, the Coupé is now available in two different hybrid versions: in combination with 4.0-litre twin-turbo V8 and 3.0-litre V6 turbo engines. The new Cayenne E-Hybrid Coupé has a system output of 462 PS (340 kW) and a system torque of 700 Nm. In conjunction with the standard Sport Chrono Package, it sprints from a standing start to 62 mph in 5.1 seconds (5.0 seconds with the lightweight sports packages) and has a top speed of 157 mph. The WLTP weighted fuel economy is 60.1 – 70.6 mpg, and CO2 (NEDC) is 72 – 75 g/km.

Customers will also be invited to explore the potential of their new car, and further develop their own skills behind the wheel, by participating in a bespoke driving experience around the unique tracks at the Porsche Experience Centre, Silverstone. 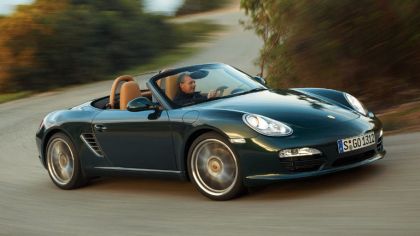 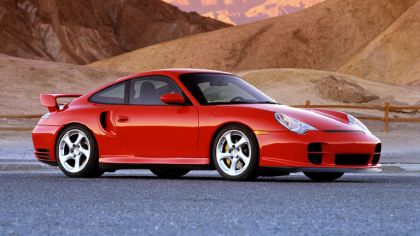 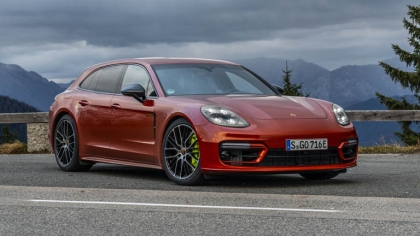 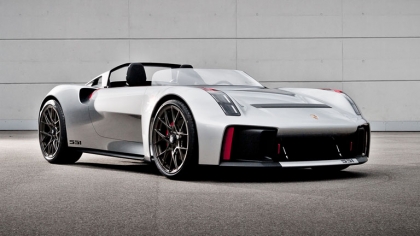 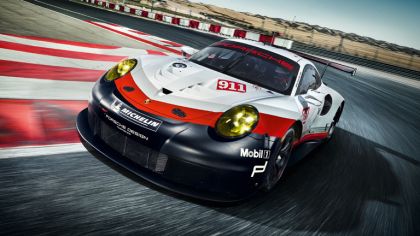 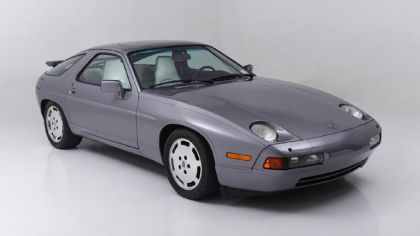 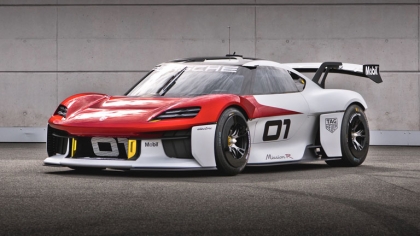 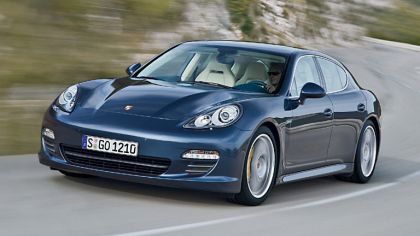 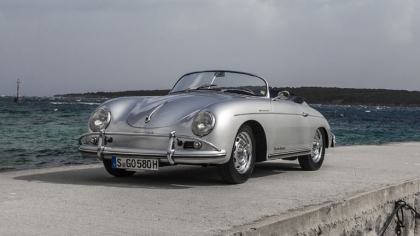