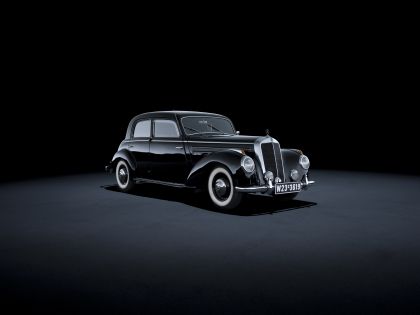 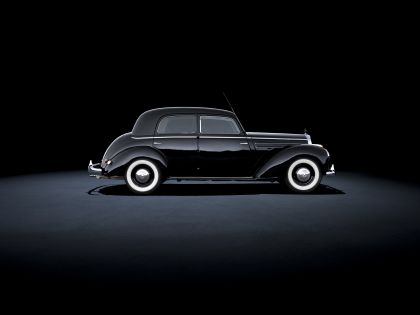 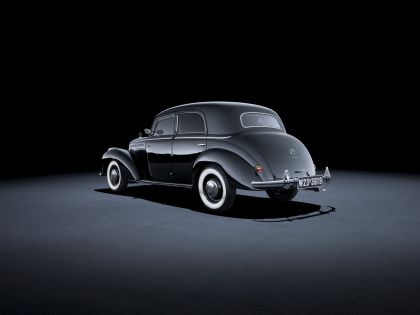 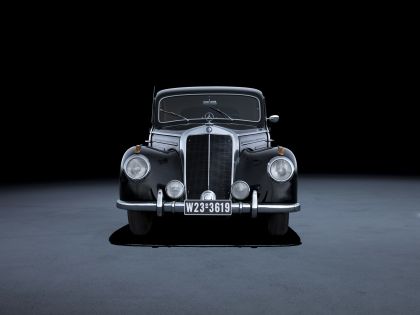 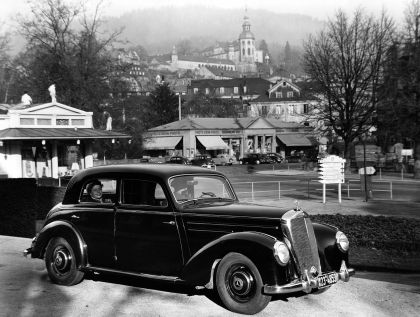 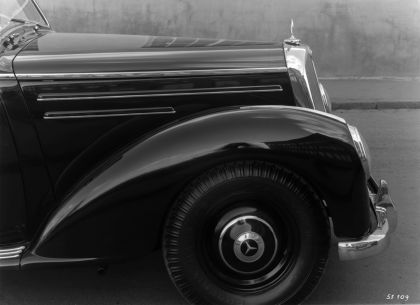 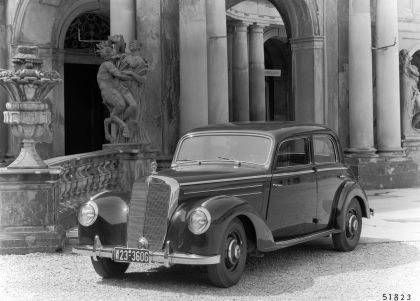 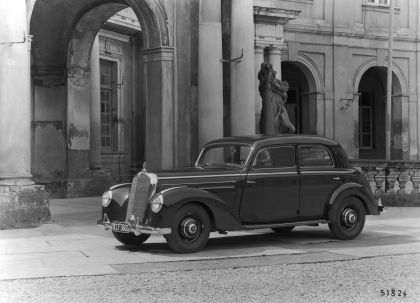 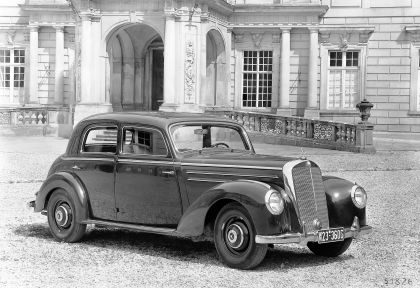 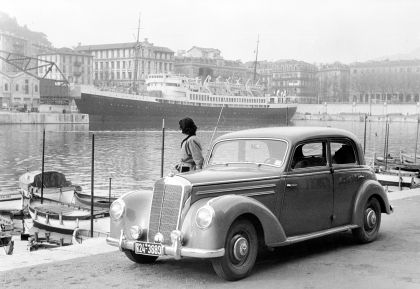 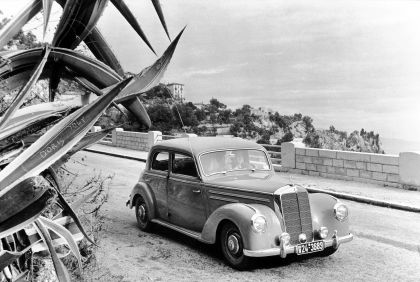 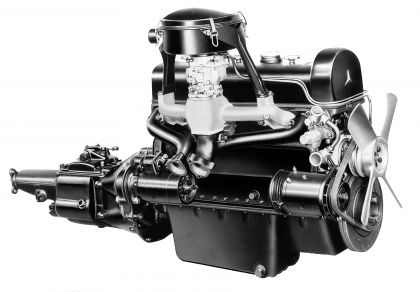 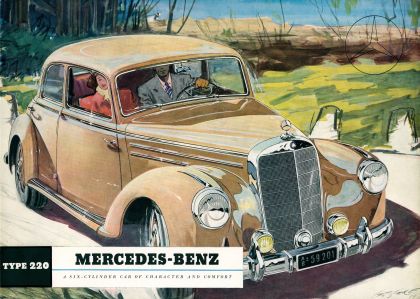 At the first Frankfurt International Motor Show (IAA) held in April 1951, Daimler-Benz presented the 220 model in addition to the 300 model, which was positioned as a representational vehicle. Both offered completely new six-cylinder engines with overhead camshaft. Aside from its 2.2-liter engine with 80 hp (59 kW), the 220 was largely based on the 170 S. Running gear and body were almost identical, though with the headlamps now integrated into the specially modified front fenders. In keeping with its appreciably increased output, the front wheels of the 220 were fitted with duplex brakes.

Chief engineer Fritz Nallinger said in a report dated 1951: "The perfectly balanced six-cylinder engine also benefits from a vibration damper and is cradled gently in the chassis by large rubber pads, and since it operates silently and without vibration at any speed, driving this economical and comfortable touring car is not just pleasurable but a delightful event on any occasion."

The 220 went into series production in July 1951 and like the 170 S it came in three body variants - saloon, convertible A and convertible B. The two convertibles, positioned as sporty touring cars of an exclusive nature, succeeded the corresponding versions of the 170 S, for which production came to an end in November 1951.

In addition to the aforementioned body variants, which were available to anyone well-heeled enough to be able to afford one, between August 1952 and May 1953 a total of 41 open-topped touring cars were specially built for the police. At first sight this version revealed a striking similarity to the convertible B. But it differed in two significant respects: first, in that it was equipped with four doors, and secondly, typical for open-topped touring cars, it featured a soft-top without storm bars.

In addition, the 220 was also available as a chassis for special body variants. At Lueg in Bochum, for example, eight ambulances were built in October 1952, and the Binz firm of coachbuilders in Lorch built more than 30 radio police cars between October 1952 and July 1954 using the chassis of the 220.

A coupe is added

In November 1953 the convertible A was given a slightly curved rather than straight front windshield in order to accentuate further the sporty nature of this model. From December 1953 - as a result of "the repeated insistence from certain prominent public figures," as was stated in a memo circulated by sales management - there came an additional body variant: A coupe which, in view of its price tag and the number of units built, became the most exclusive of the 200 versions. In terms of technology and styling, the coupe was based on the convertible A, and from April 1954 onwards both variants were fitted with a more powerful, higher-compression 85 hp (63 kW) engine, a unit that had been developed for the 220 a, the successor model produced from June 1954.

Production of the 220 saloon ended in May 1954, after the last convertible B had already left the Sindelfingen production facilities the previous year. Many potential customers saw the saloon with sunroof - cheaper by more than DM 2,500 - as the more attractive alternative. The coupe and convertible A continued in production until July and August 1955, respectively. Thereafter, customers had to wait another year until both body versions of the new 220 model became available with ponton-type bodies. 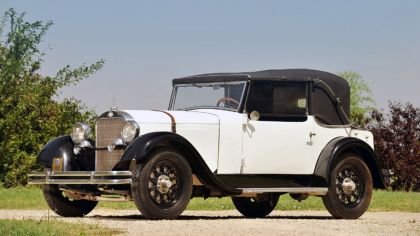 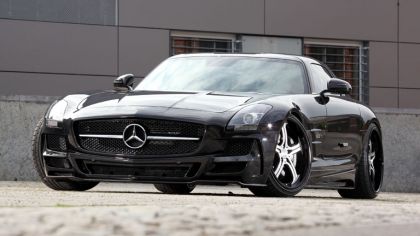 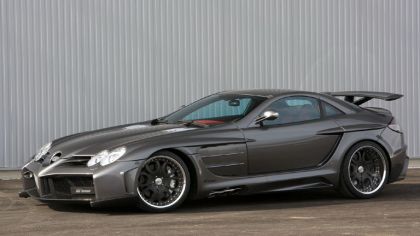 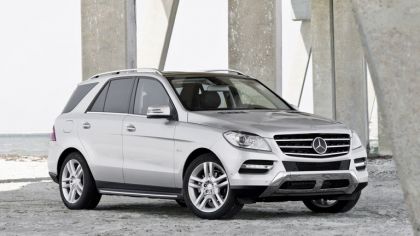 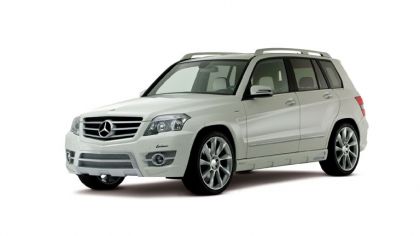 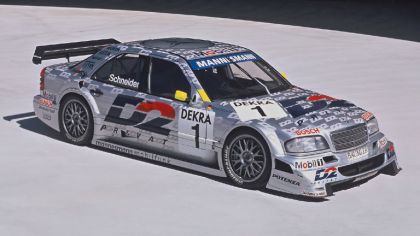 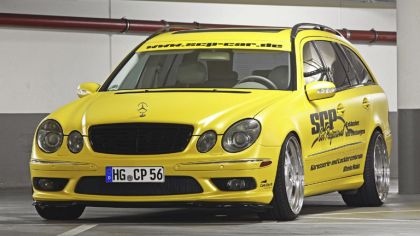 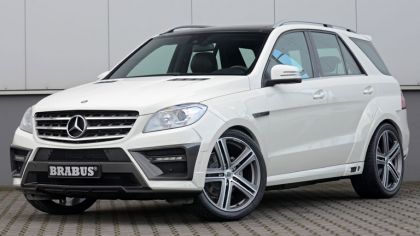 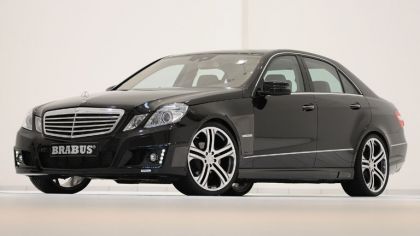