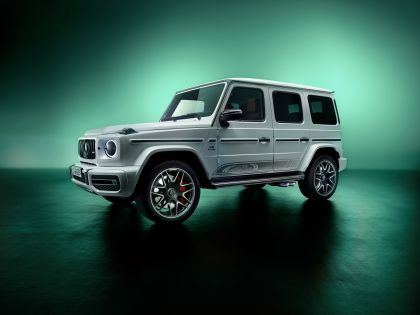 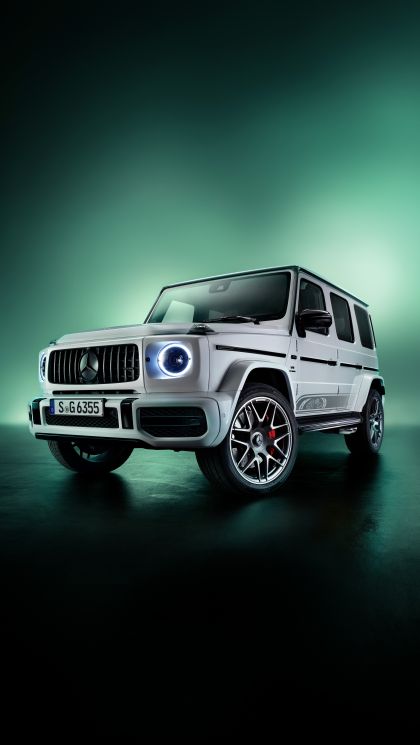 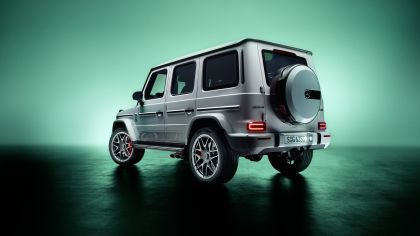 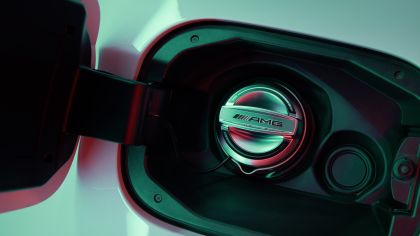 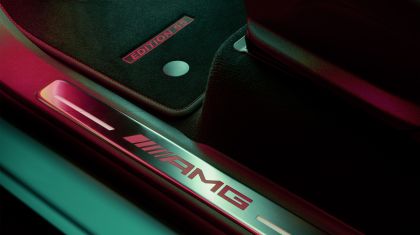 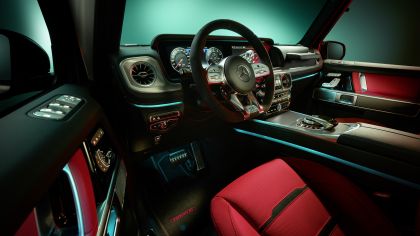 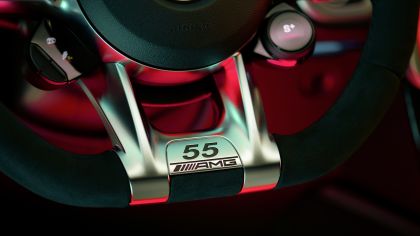 AMG - for 55 years now, these three letters have stood for top automotive performance, exclusivity and high driving dynamics worldwide. The G-Class has enjoyed a unique position in the AMG portfolio for over two decades and is thus our king of off-road performance. Its cult status makes it the ideal ambassador to ring in the 55th anniversary of the sports car and performance brand - with the special edition Mercedes-AMG G63 "Edition 55". Particularly exquisite equipment details underline Mercedes-AMG's claim to offer customers the highest possible individuality and exclusivity. The anniversary model can be ordered until October 2022. The anniversary model is limited to 55 units in the US.

"From a two-man start-up in 1967 to a state-of-the-art development site including its own engine manufacturing facility for high-performance vehicles and more than 2000 excellently qualified employees in 2022 - the success story of Mercedes-AMG over the past 55 years is simply impressive. The same applies to the G-Class, which has remained true to itself for over four decades in the course of its unique career. Its long history and still genuine character makes it the perfect first well-wisher for me on our 55th birthday. And just as the G-Class will lose nothing of its original character in its future all-electric variant, Mercedes-AMG is also ensuring the hallmark driving performance made in Affalterbach in its electrified future. The departure into the next 55 years of the company's history will certainly be as exciting and challenging as the task our company founders Hans Werner Aufrecht and Erhard Melcher set themselves back then," says Philipp Schiemer, Chairman of the Board of Management of Mercedes-AMG GmbH.

The Mercedes-AMG G63 "Edition 55" is available in obsidian black metallic or G manufaktur opalite white bright paint. The colours on both sides of the vehicle are coordinated with the AMG emblem and the suggested AMG rhombus. Exciting contrasts are provided by the 22-inch AMG forged wheels in a cross-spoke design with a matt tantalum grey paint finish and a high-sheen rim flange, as well as the AMG Night Package and the AMG Night package II. The fuel filler cap in silver chrome with AMG lettering also bears witness to great attention to detail.

The interior is characterised by the contrast of black and red. Stainless steel door sill trims with red illuminated AMG lettering welcome the driver. To match, the black AMG floor mats made of high-quality velour feature red contrasting stitching and "Edition 55" lettering woven in red. The AMG Performance steering wheel in DINAMICA microfibre also commemorates the anniversary with the "AMG" and "55" badges, making the special model an exclusive collector's item. The AMG seats in specific design are upholstered in two-tone nappa leather in classic red/black. The exclusive ambience of the interior is rounded off by the AMG trim elements in matt carbon.

The scope of delivery includes a customised AMG Indoor Car Cover. With its breathable outer skin made of tear-resistant synthetic fibre fabric and antistatic inner fabric made of flannel, it protects the vehicle in the garage from dust and scratches.

The exclusive special model can now be ordered with the "AMG Edition 55" equipment package at a surcharge of 17,850 Euro.

55 years of the Mercedes-AMG success story

Founded in 1967 by engineers Hans Werner Aufrecht and Erhard Melcher, the company has continued to build on its position as a highly successful performance and sports car brand through numerous successes in motorsport and the development of unique road cars. Today the Affalterbach-based company is a wholly owned subsidiary of Mercedes-Benz Group AG and is the Group's sporting spearhead. For each of the now more than 2000 employees the focus is on the brand promise "Driving Performance", which unites the core strengths of AMG: cutting-edge technology and a passion for dynamic, emotively appealing products.

The current Mercedes-AMG portfolio comprises more than 50 vehicles with a power range from 225 kW (306 hp) to 620 kW (843 hp) of system power in the first performance hybrid from Affalterbach, the Mercedes-AMG GT 63 S E PERFORMANCE. The selection ranges from performance vehicles in various body styles to completely independently developed sports cars such as the Mercedes-AMG GT 4-Door model and the new Mercedes-AMG SL. The range of powertrains has also been continuously developed in line with market requirements and customer wishes and currently offers efficiency-optimised combustion engines with four, six or eight cylinders. In addition, Mercerdes-AMG is consistently pursuing the path of the Future of Driving Performance: under the label E PERFORMANCE, performance hybrids are offered with an independent drive layout and technology from Formula 1. The portfolio also includes all-electric AMG derivatives based on the Group's own EVA2 platform. In the near future, completely independent battery-electric AMG models will also follow, which will be based on the new electrical architecture (AMG.EA) which has been developed completely in-house.

With 145,979 vehicles delivered in 2021 and growth of 16.7 percent, Mercedes-AMG has started the anniversary year with a record figure.

Over two decades of the high-performance G-Class

The first production model of an AMG variant of the G-Class was launched in 1999 to mark the 20th anniversary of the off-road legend. The G55 AMG marked the beginning of a new, highly successful chapter in G-Class history. The 5.5-litre naturally aspirated eight-cylinder engine with three-valve technology and dual ignition produced 260 kW (354 hp) and had a maximum torque of 525 Nm at 3000 rpm. In 2002, the G63 AMG set new standards. It was the first time a twelve-cylinder engine had been used in the G-Class. The 6.3-litre naturally aspirated V12 engine produced 326 kW (444 hp) of power and a sumptuous 620 Nm of maximum torque. The most powerful G-Class at the time was custom-built at the AMG Manufaktur in Affalterbach at the exclusive request of the customer. This was followed in 2004 by the G55 AMG with a V8 supercharged engine, an even more powerful high-performance model with 350 kW (476 hp). Another highlight in 2012 was the premiere of the G65 AMG. Its 450 kW (612 hp) V12 engine achieved 1000 Nm of torque.

The current Mercedes-AMG G63 consistently continues the success story. Its unique position among performance SUVs is underpinned by the powerful drive, the AMG RIDE CONTROL suspension, the AMG-specific driving programs and the luxurious interior. The AMG 4.0-litre V8 biturbo engine with 430 kW (585 hp) and 850 Nm maximum torque, a 40:60 ratio all-wheel drive with three differential locks, the extremely fast-shifting nine-speed automatic transmission, the double-wishbone independent front suspension and the adaptive adjustable damping form the basis for the driving performance characteristic of AMG on and off surfaced roads. 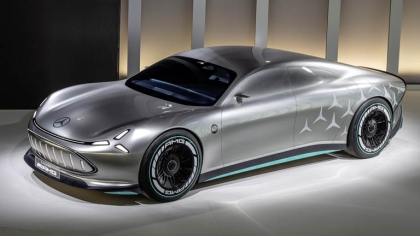 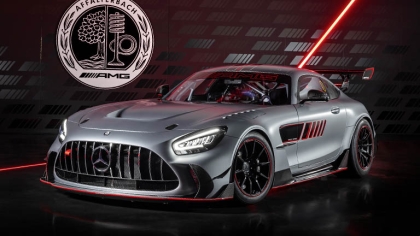 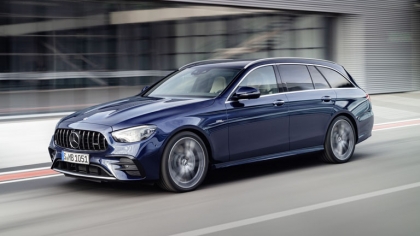 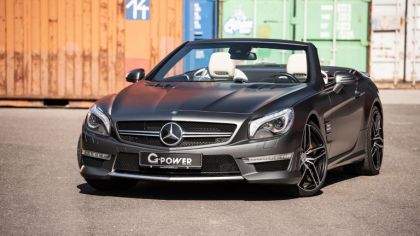 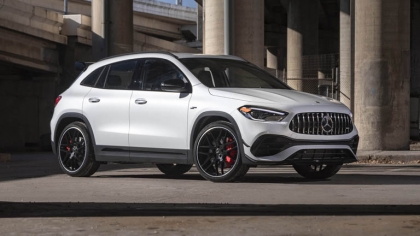 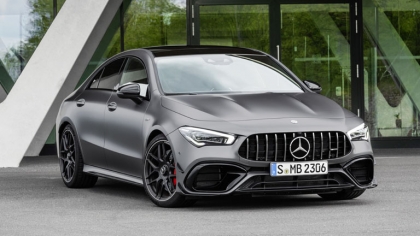 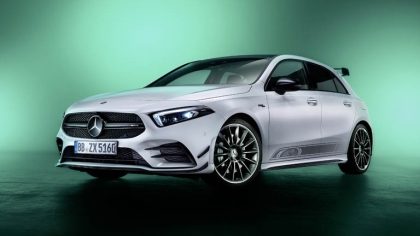 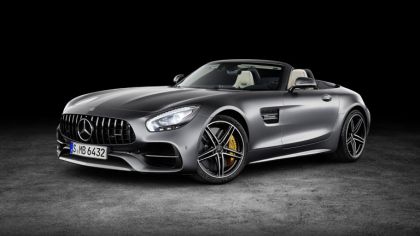 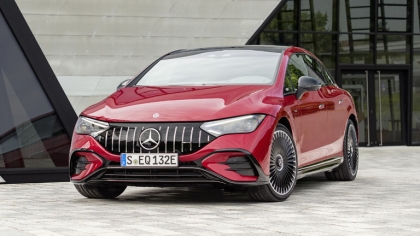