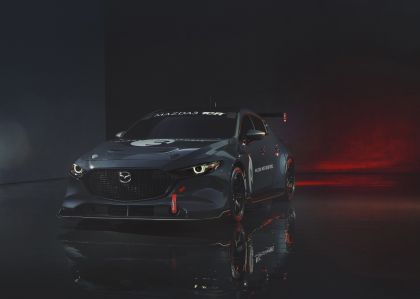 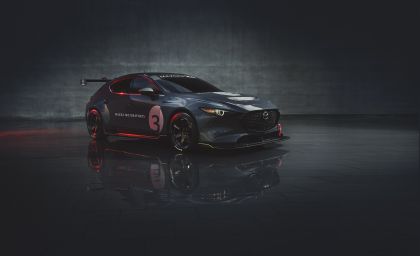 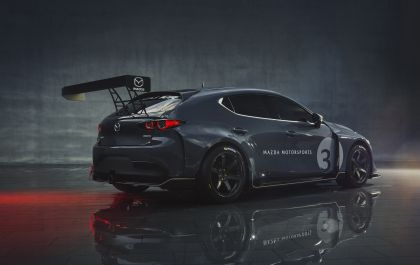 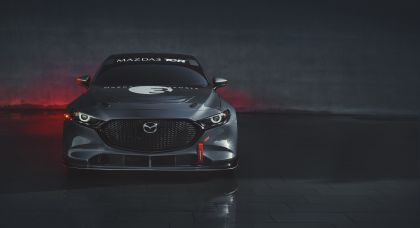 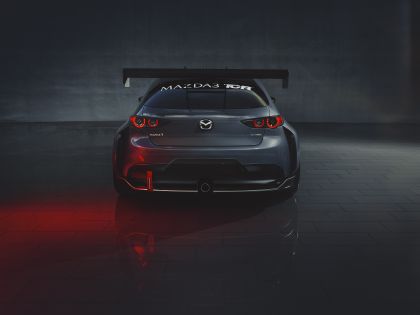 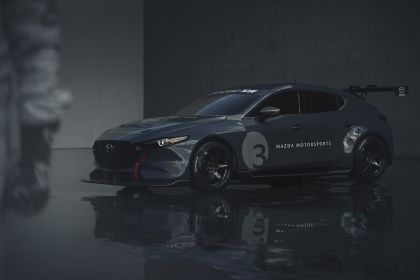 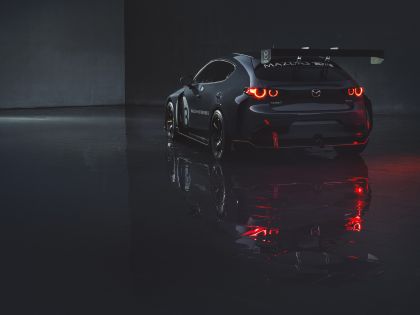 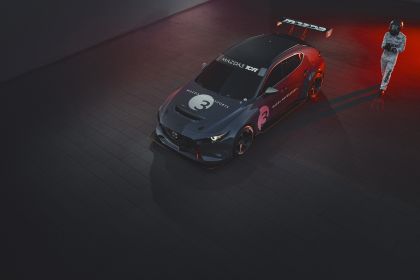 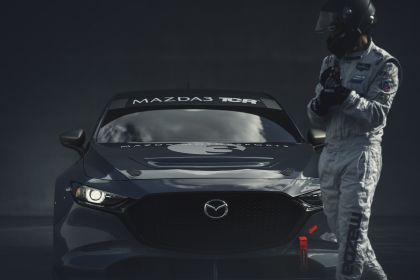 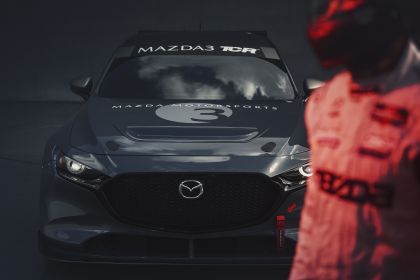 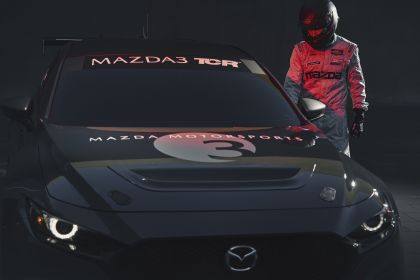 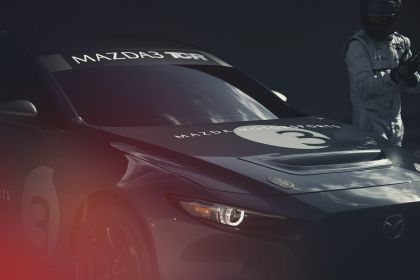 Mazda North America has revealed the latest addition to its motorsport programme with the announcement of the all-new Mazda3 TCR race car. Built to global TCR regulations it will make its competition debut in the 2020 IMSA Michelin Pilot Challenge series, which begins with a four-hour race at the world famous Daytona Speedway in January.

Retaining the striking looks of the all-new Mazda3 hatchback, the Mazda3 TCR combines the striking KODO – Soul of Motion design of the road car with the purposeful stance and width of a race car. Styled by Mazda Design America in Irvine, California, the designers spent countless hours ensuring that the competition Mazda3 combines aerodynamics and dimensions compliant with TCR regulations and stunning looks that blend seamlessly with the clean lines and sporty shape of the standard Mazda3.

The Mazda3 TCR is powered by a turbocharged 4-cylinder 350bhp TCR compliant engine that is matched to a six-speed paddle shift competition transmission. Developed by North Carolina based Long Road Racing, the constructors of the Global Mazda MX-5 Cup car, the Mazda3 TCR is homologated to compete in any of the 36 TCR-sanctioned championships around the globe. Long Road Racing will provide sales and customer support for the Mazda3 TCR, which will be available to privateers in 2020.

Commenting on the launch of the Mazda3 TCR, Masahiro Moro, Mazda North American Operations Chairman and CEO said: “TCR represents a great opportunity for us to showcase the all-new Mazda3 and provide our customers with another great opportunity to race a Mazda in high-level motorsport. Some of our most important successes in IMSA and SRO TC Americas have been thanks to dedicated customers who choose to race with Mazda and we hope the next-generation of Mazda racers will see the potential of the Mazda3 TCR”.

Alongside its flagship prototype sportscar racing programme in the IMSA series with Mazda Team Joest, Mazda North America’s motorsport programme boasts one of the most comprehensive motorsport development ladder systems in the world: the Mazda Road to 24 programme offers a number of scholarships to advance drivers up the racing ladder, starting with the Global Cup MX-5 series and culminating with Mazda Team Joest. The Mazda3 TCR adds a new rung to this ladder. Additionally, the popularity of Mazdas and Mazda powered cars in American amateur motorsport means that in the United States more Mazdas are raced on any given weekend than any other manufacturer.

John Doonan, Director Mazda Motorsports said: “the Mazda3 TCR features the outstanding design and engineering that Mazda is known for, and because of that, it’s a fantastic foundation for our new TCR car. We have looked forward to returning to the IMSA Michelin Pilot Challenge series for several years, and everyone at Mazda is very excited that we will do just that in 2020.”

The first driver to be announced for the 2020 race programme in the United States is 2019 Global MX-5 Cup Champion Bryan Ortiz. 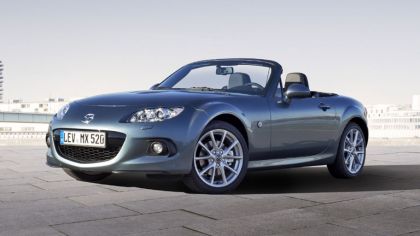 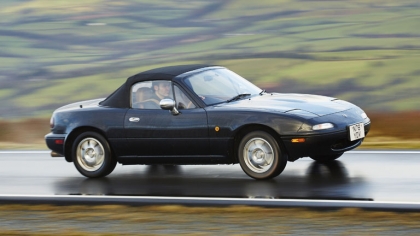 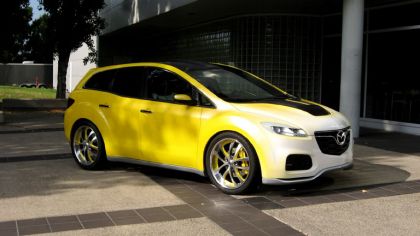 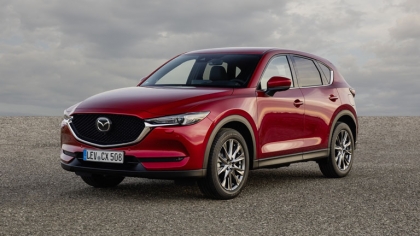 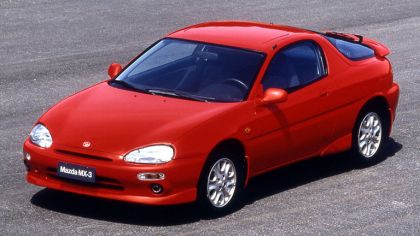 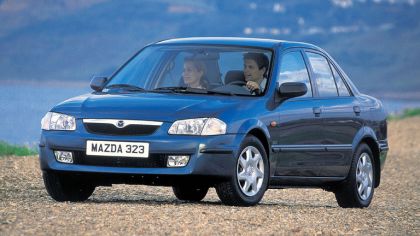 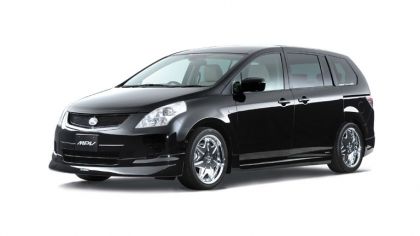 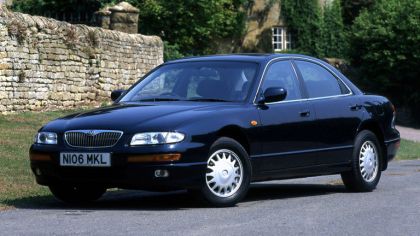 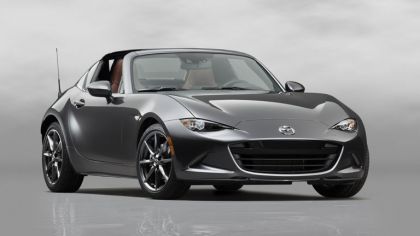