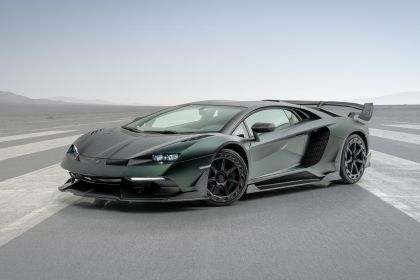 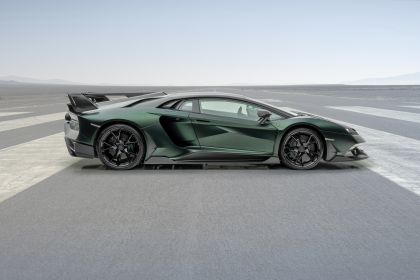 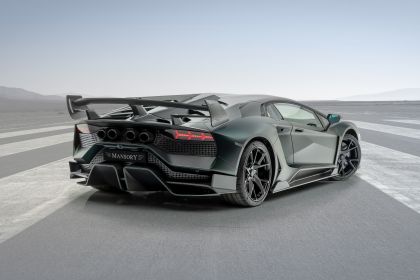 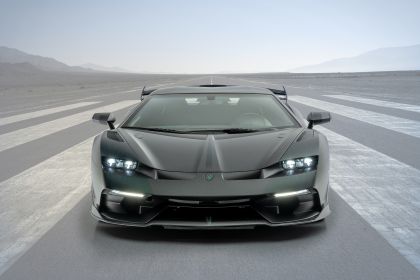 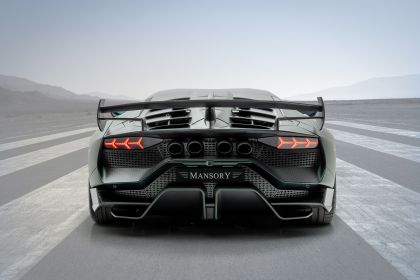 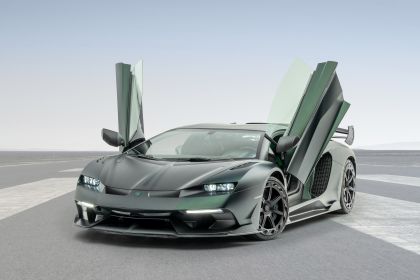 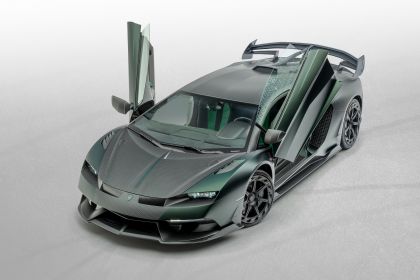 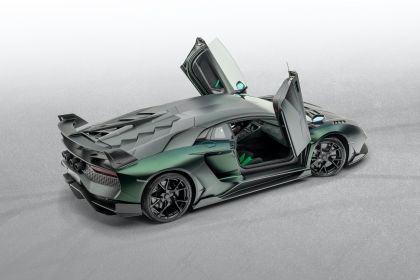 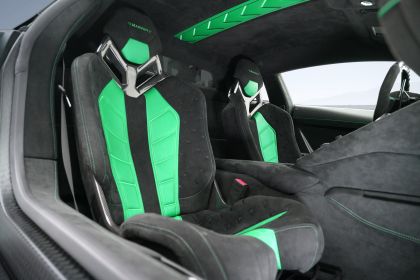 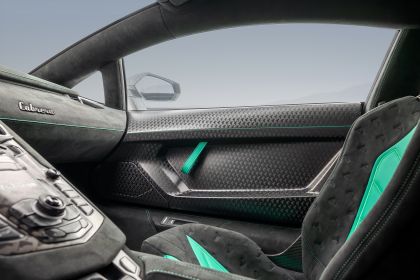 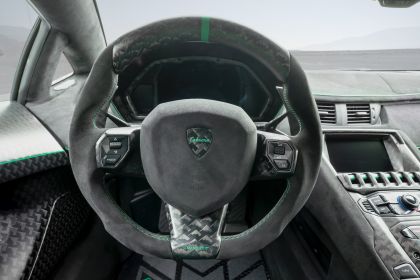 MANSORY presents a complete vehicle conversion based on a Lamborghini Aventator SVJ
Under  the  motto  "One  car  per  decade",  the  "MANSORY  Cabrera",  which  is limited to only 3 units worldwide, marks the start of several special editions on
the occasion of MANSORY's 30th anniversary in 2020.

The so-called "black fighting bull" has been bred for more than 500 years. There are several breeding lines  of the "Toro de Lidia", the Spanish fighting bull, which differ
from each other in their physical proportions and/or their colouring.  One of the  best known  and  most  important  breeding  line  is  -  besides  the  world-famous  lines
"Gallardo" and "Miura" – the line called "Cabrera".
Wild,  powerful,  full  of  temperament  -  with  these  attributes  this  breeding  line  also proves  to  be  the  perfect  name  giver  for  another  high-performance  creation  from MANSORY headquartered in Brand, Bavaria:

The new "MANSORY Cabrera"
Even the completely redesigned carbon bodywork  is reminiscent of a fighting bull in attack  posture.  Also,  the  reference  to  the  shape  of  stealth  aircraft  gives  the
"MANSORY Cabrera" a thoroughly desired, attack-conscious look. In addition to the appearance, the technology has also been improved in numerous ways.
For example, the striking air inlets of the front apron optimise the fresh air flow of the radiator.  Together  with  the  specially  developed  front  design,  this  also  results  in
improved downforce for more  road grip overall. At the sides, striking side skirts and the grown wheel arches  show the  well-known  MANSORY signature. And here too,
visual  enjoyment  and technical  functionality go  hand  in hand.  E.g.  the  new  carbon components  not  only  look  impressively  good,  they  also  act  as  air  fins  and  supply large amounts of fresh air to both the unit under the new full carbon engine hood and the rear brake system. The newly developed doub le diffuser is  responsible for perfect airflow underneath the vehicle  and the large  rear spoiler in conjunction with the rear skirt  is  responsible  for  downforce  on  the  rear  axle.  The  vehicle  width  of  the "MANSORY Cabrera" is also increased by 4 cm in the course of the body conversion.

All  these  aerodynamic  improvements  are  necessary  because  the  "MANSORY Cabrera" clearly surpasses the performance values of the standard Aventador.
The powerful V12 engine with its 6.5 litre  cubic capacity is therefore  completely rebuilt by MANSORY. The result of this elaborate conversion process is a leap in  performance that even demanding connoisseurs are simply thrilled with: the basic output of 700 hp pushes MANSORY to a peak output of 810 hp. The maximum torque is now 780 Nm.
The impressive result: the super sports car needs exactly 2.6 seconds to sprint from zero  to  100  km/h  and  its  high-speed  ends  at  an  almost  unrivalled  355  km/h.  The powerful sound is produced by  a  four-pipe exhaust system, which makes a visually impressive statement at the rear between the rear lights   and show unmistakably that up to 810 horses are at work when needed.
In order  to transfer this immense power of the twelve-cylinder engine to the asphalt, MANSORY relies on forged light-alloy wheels in 9X20 and 13x21 inch  dimensions in
conjunction  with  the  high-performance  Pirelli  P  ZERO  tyres  in  255/30ZR20  at  the front  and  355/25ZR21  at  the  rear.  The  standard  four-wheel-drive  is  the  perfect partner to manage the power either.
However,  the  LED  main  headlights,  also  known  from  the  "Le  MANSORY" and completely  newly  and  exclusively  developed,  are  of  particular  importance.  This
lighting system, which is divided into four individual headlights, gives the "MANSORY Cabrera" a dynamic appearance which clearly distinguishes it from the standard SVJ
and  gives  it  an  independent  look  through  newly  drawn  contours  and  enlarged air inlets.  The  look  of  the  "MANSORY  Cabrera"  also  gives  it  a  kind  of  family
resemblance with the "Le MANSORY".
In the interior - as is customary with all MANSORY complete conversions - almost not a  single  component  has  remained  untouched  by  the  MANSORY  specialists.  The "Vento Verde" colour chosen for the exterior is also used as a colour accent in the interior.  Decorated  with  arrow-shaped  decorative  seams  and  with  "forged  carbon" applications refine the interior in numerous details and give the "MANSORY Cabrera" also in the interior a sporty touch with technical appeal at the highest level.
The “MANSORY Cabrera” is limited to 3 conversions worldwide.

2013 Mansory Stallone ( based on Ferrari F12berlinetta ) 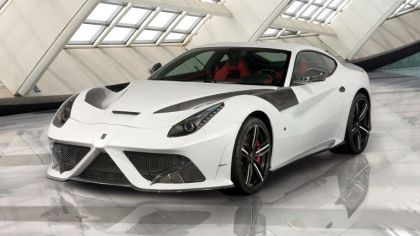 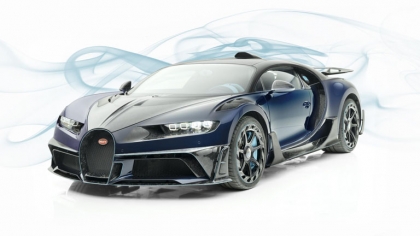 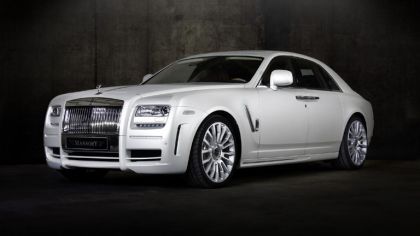 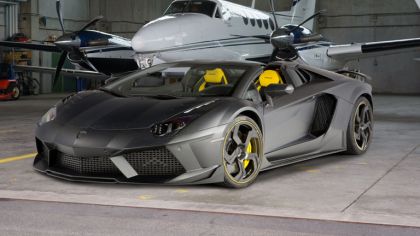 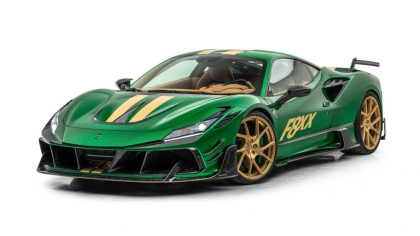 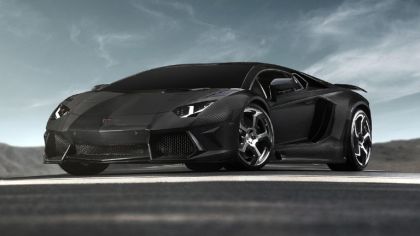 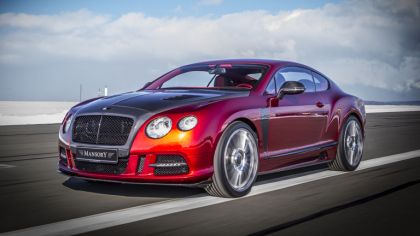 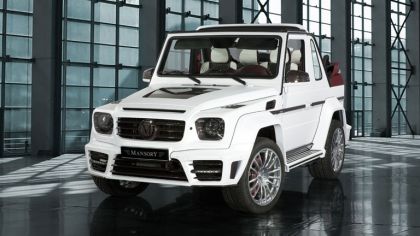 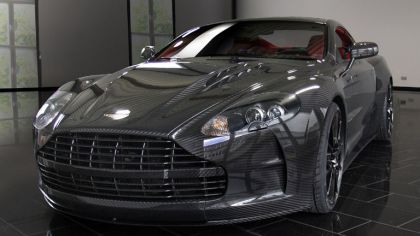