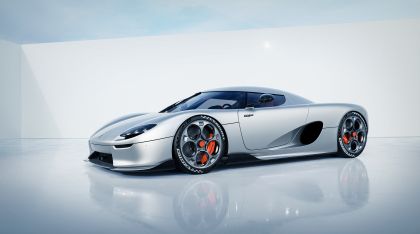 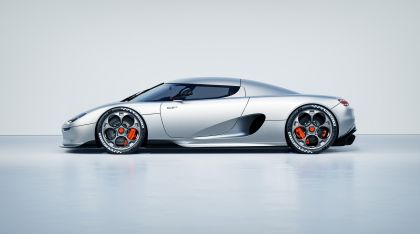 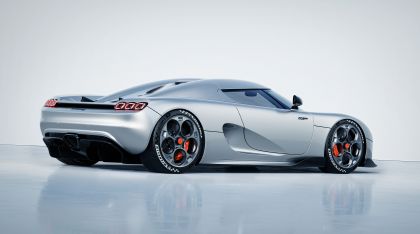 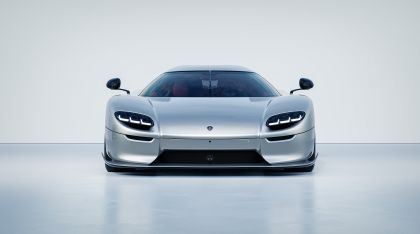 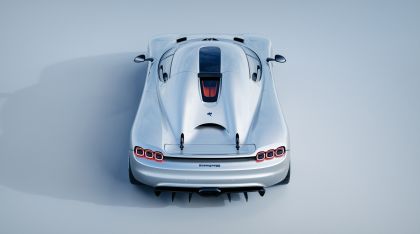 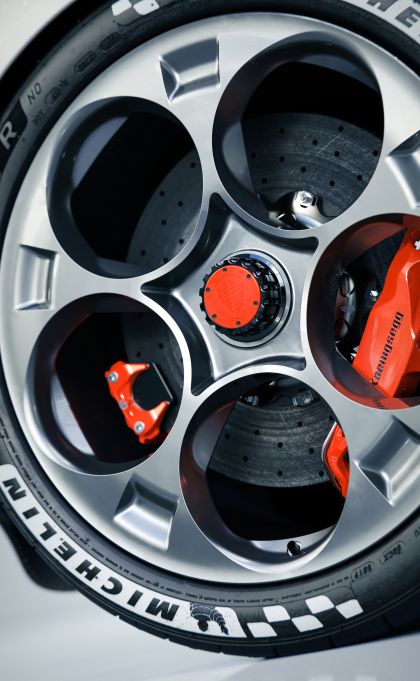 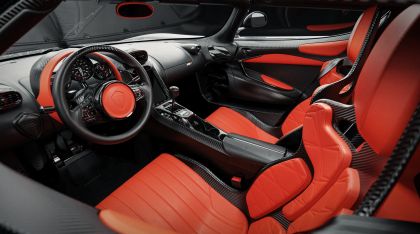 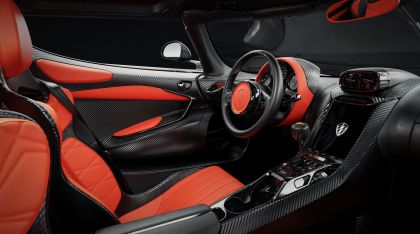 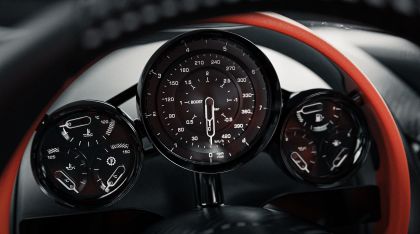 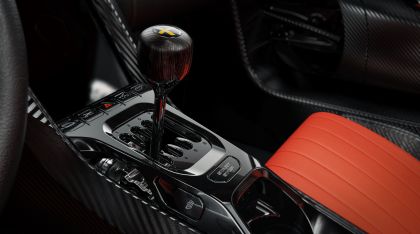 Twenty years after the introduction of the Koenigsegg's first production car, the CC8S, defined the new "megacar" category. In celebration of the CC8S's 20th anniversary, the Koenigsegg CC850 was unveiled at 2022 The Quail, A Motorsports Gathering to an audience of media, customers, and industry luminaries.

The CC850 is a contemporary reimagination of the Koenigsegg CC8S. It is also a dual tribute for Koenigsegg, celebrating 20 years of vehicle production, as well as the 50th birthday of the company's founder and namesake, Christian Von Koenigsegg. As such, CC850 production will be limited to just 50 cars worldwide.

"The CC850 is an homage to the single most meaningful car in Koenigsegg history," said Christian von Koenigsegg. "The CC8S put us on the map and made us successful - and celebrating 20 years of production, alongside my 50th birthday, felt like the right time to reveal the CC850 to appreciate our roots."

The CC850's mission is to deliver the purest, most fundamentally joyful driving experience of any Koenigsegg so far. While visually the CC8S inspiration is apparent, the drivetrain, engine, and capabilities of the CC850 are anything but vintage.

The Koenigsegg CC850's 5.0-liter twin-turbo V8 was engineered and constructed entirely in-house. As seen in the Jesko, this V8 does not feature a flywheel and is therefore the most responsive, fast- revving engine possible. The visceral experience and accompanying aural signature are otherworldly and incomparable.

What makes the Koenigsegg CC850 truly unique and driver-focused is its revolutionary, world- first Engage Shift System (ESS). The ESS allows for different gear ratios depending on the driving mode, providing tailored experiences based on road or track use. But that's not what truly sets ESS apart.

Based on Koenigsegg's Light Speed Transmission (LST), ESS, paired with a clutch pedal, is an adaptable, multi-ratio, 6-speed manual transmission that also can run as a super-fast, smooth- shifting 9-speed automatic. The ability for the driver to seamlessly choose between an unadulterated manual transmission or more laid-back automatic shifting is unprecedented. It places the CC850 in a class by itself.

The gated ESS shifter is a work of mechanical art and is reminiscent of Swiss chronographs- intricate, aesthetically beautiful, and completely functional. Great care has been taken to make the ESS one of the most engaging manuals ever created. Additionally, the Swedish flag crowns the manual shifter as it did in the original manual CC8S.

The exterior showcases sleek Nordic Koenigsegg design, telephone-dial style rims and triple taillights, all of which draw inspiration from the earliest Koenigsegg models.

The interior boasts a symmetrical, minimal design aesthetic akin to the CC8S. This symmetry makes adaptations for left- and right-hand drive versions practical. The round steering wheel, the open-gate shifter with exposed mechanical components, and the analogue chrono cluster showcase the precision work that underpins the CC850.

And of course, as a Koenigsegg, the CC850 features the iconic detachable hardtop, the synchrohelix door system, the Autoskin function - and, naturally, it can run on renewable fuels.

The original CC8S was a showstopper. It not only broke records immediately and won awards- it set new industry standards and put Koenigsegg, a small, determined Swedish Megacar company, on the map.

The Koenigsegg CC850 was not created to break Jesko's track records or set new high-water marks for top speed, but to offer the highest level of driver satisfaction and enjoyment with the exhilarating performance for which Koenigsegg is renowned. 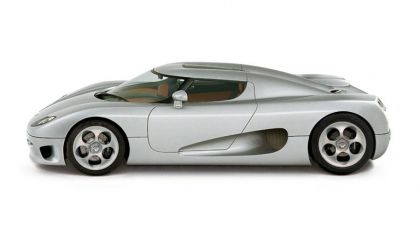 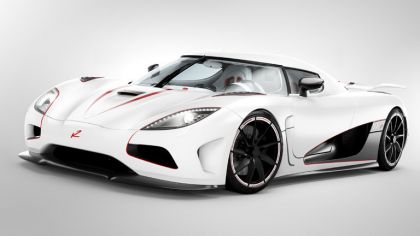 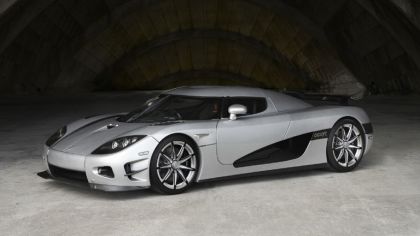 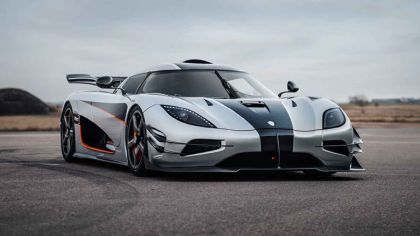 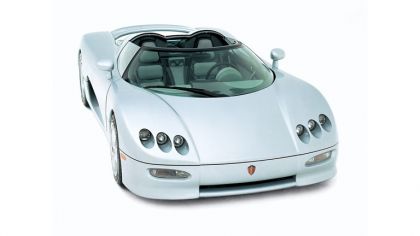 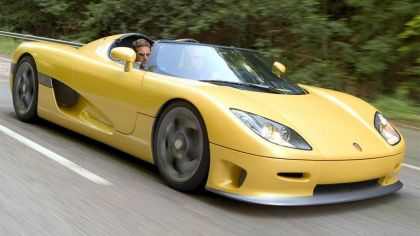 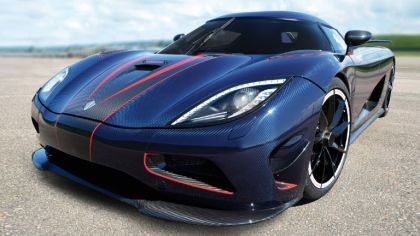 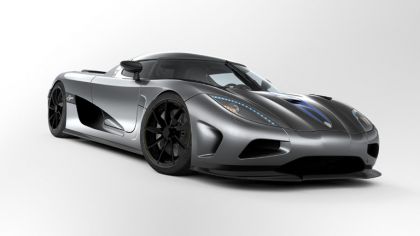 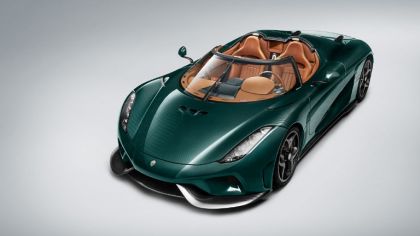