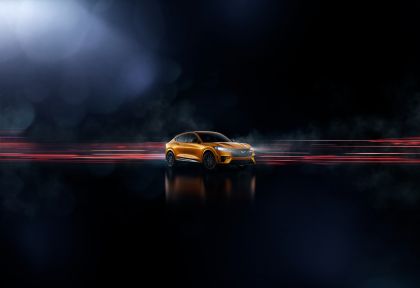 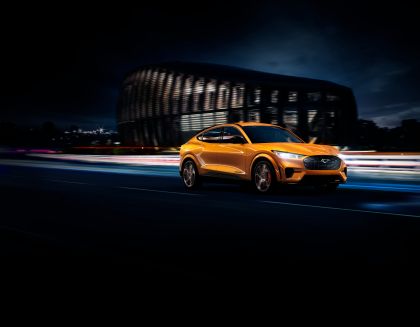 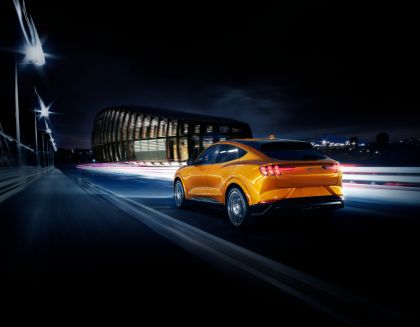 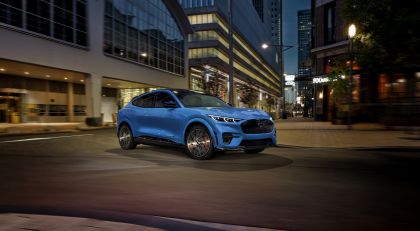 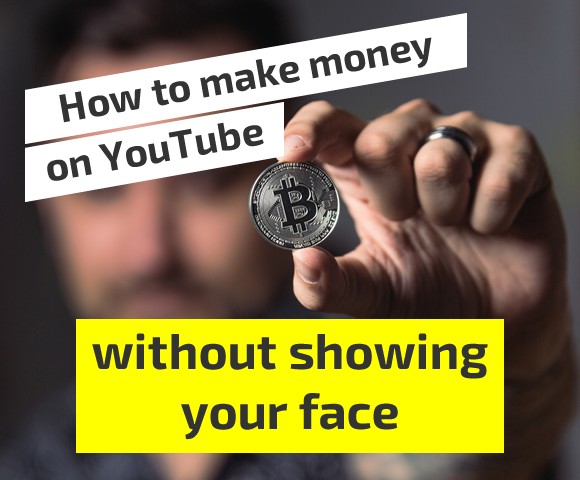 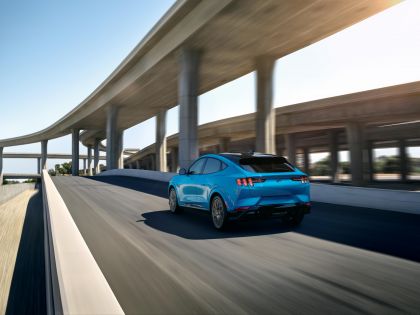 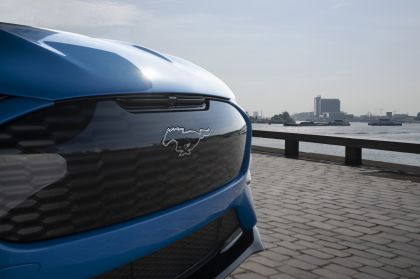 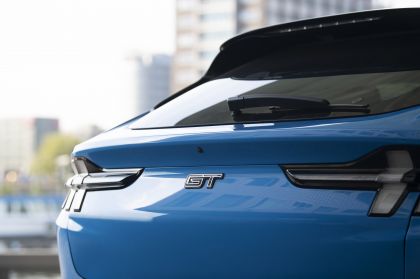 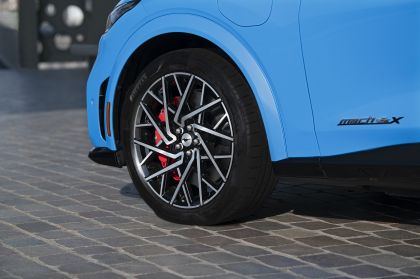 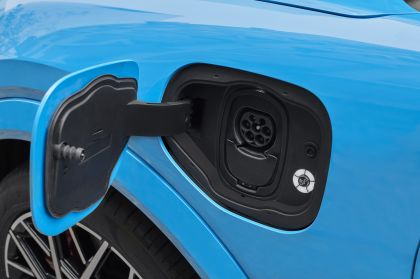 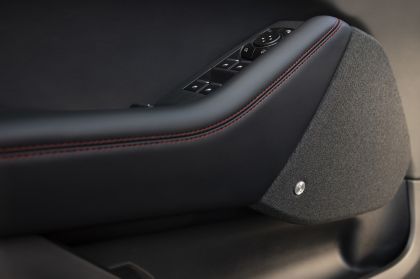 What’s in a color? When it comes to orange, one of the most popular colors for Ford Mustang, a lot.

Ford is introducing Cyber Orange Metallic Tri-Coat for Mustang Mach-E GT – a bold, eye-catching premium exterior color designed by the company’s color and materials experts for those who want to turn heads twice.

“Mustang has always turned heads and Mustang Mach-E will be no exception.” said Dave Pericak, director, Ford Icons. “We can’t wait for Cyber Orange to hit the streets on Mustang Mach-E GT next year to fuel the passion of our orange Mustang fans.”

“Cyber Orange says ‘look at me’,” said Janet Seymour, Mustang and Mustang Mach-E color & materials design manager. “There’s a certain passion in Mustang customers who really want to show off their Mustang – especially those that look to make a bold statement.”

DUNTON, Essex, Sept. 24, 2020 – Ford today revealed for the first time in Europe the high-performance Mustang Mach-E GT that will deliver 3.7‑second 0-62 mph acceleration1 when introduced to the region in late 2021.

No other vehicle in its class can accelerate faster than the Mustang Mach-E GT, featuring a 465 PS, all-wheel drive, battery-electric powertrain for drivers ready to take full advantage of the performance benefits of all-electric driving.

Mustang Mach-E GT will be supported by an industry-leading ecosystem delivering seamless, integrated access to charging across Europe – for complete peace of mind on the move. Ford today announced Mustang Mach-E customers placing an order this year and into 2021 will receive five years of free access2 to the FordPass Charging Network that has grown by almost 25 per cent in less than one year – to now include more than 155,000 charge stations across Europe.

Mach-E customers will also receive one year of free access2 to the IONITY fast-charging network that has now established more than 270 charging stations en route to a targeted 400 by the end of this year.

The Mustang Mach-E GT made its European debut today in Rotterdam, Netherlands, as Ford continued its Go Electric roadshow with hands-on, engaging activities to help de-mystify electrification and inspire confidence in consumers about the different types of electrified powertrains available and their benefits.

“The new Mustang Mach-E GT shows what all-electric performance really looks like, but performance counts for nothing without the confidence to use it. Our charging initiatives mean Mustang Mach-E customers can enjoy the electrified Mustang driving experience with the knowledge that they can recharge quickly and easily across Europe,” said Stuart Rowley, president, Ford of Europe.

Electrifying performance
Mustang Mach-E GT delivers the spirited performance and character of the iconic Mustang sports car alongside the ability to carry five occupants in all-electric refinement. A 465 PS, dual-motor powertrain applies 830 Nm of available torque independently to the front and rear axles for even more responsive handling, and 0-62 mph acceleration equal to the Tesla Model Y. Top speed is limited to 200 km/h (124 mph).

Mustang Mach-E GT features as standard an 88 kWh (useable) extended-range battery for a targeted WLTP pure-electric driving range of up to 310 miles,4 supported by Intelligent Range, which more accurately predicts how much range drivers have using past driving behaviour, weather forecasts and crowdsourced data from other Mustang Mach-E vehicles.

The company is delivering peace of mind for its all-electric and plug-in hybrid vehicle customers via the FordPass Charging Network – the largest network of public charging stations in Europe with approximately 30,000 stations added since October 2019.

In partnership with NewMotion, Ford customers will be able to use the FordPass app to effortlessly locate, navigate to, pay for and monitor charging at locations across 21 countries – initiating and paying for services from a single account2 for a simplified ownership experience.

Ford is also a founder member and shareholder in the IONITY consortium – delivering high-power charging stations along motorway routes and at key European locations. The FordPass Charging Network and IONITY initiatives could be particularly beneficial to electrified vehicle owners who do not have the facility for a private charge point at home or at work.

Charging with up to 150 kW at an IONITY station, Mustang Mach-E in extended-range battery, rear-wheel drive configuration is estimated to add an average of 73 miles driving range within approximately 10 minutes of charging6 and has a targeted WLTP pure-electric driving range of up to 379 miles.4

No one-size-fits-all solution
Ford believes a broad range of electrified powertrain solutions is the most effective path to a more energy-efficient future for drivers. Ford is introducing 17 new electrified models to the region by the end of next year.

Earlier this year the company called on governments, industries and institutions to support the push for electrification with faster expansion of public charging infrastructures. In the meantime, Ford’s diverse range of hybrid vehicles is helping greater numbers of customers save fuel costs, support clean air initiatives and transition to electrification with confidence.

“The sales speak for themselves. We believe customers are finding mild hybrid, full hybrid and plug-in hybrid powertrains fit seamlessly with their lifestyles, and that’s why we’re seeing really encouraging take-up of our electrified models,” Rowley said.

Ultimate electric propulsion
Also making its European debut in Rotterdam is the all-electric Mustang Mach-E 1400 – a one-of-a-kind prototype with more than 1,400 PS of power.

The result of 10,000 hours of collaboration by Ford Performance and tuning specialists RTR Vehicles, Mustang Mach-E 1400 is aimed at bridging the gap between what an electric vehicle can do and what customers tend to believe it can do.

Aerodynamics are optimised for shape and location, and seven motors have a huge range of adjustability to set the car up for everything from drifting to high-speed track racing.

“One is a production model, the other an extreme prototype, but our Mustang Mach-E GT and Mustang Mach-E 1400 have something in common, which is immediate, adaptable power delivery, creating a driving experience that has to be experienced to be believed,” Rowley said. 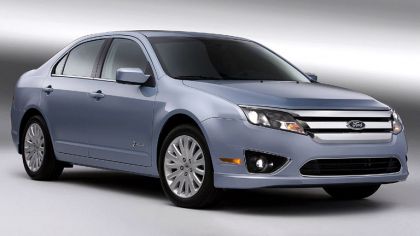 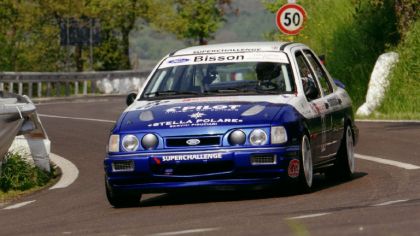 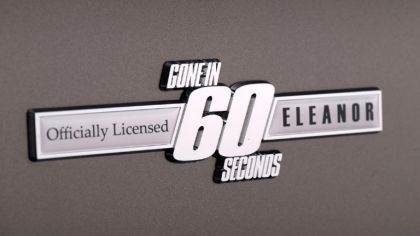 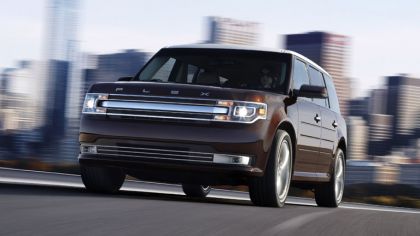 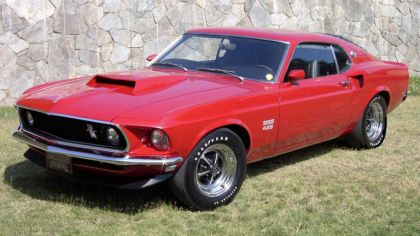 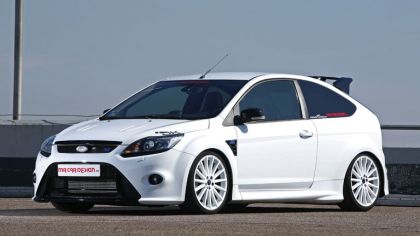 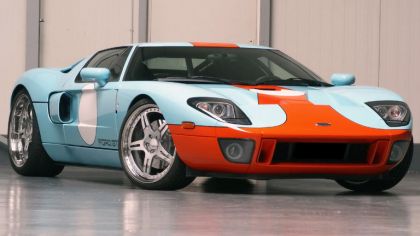 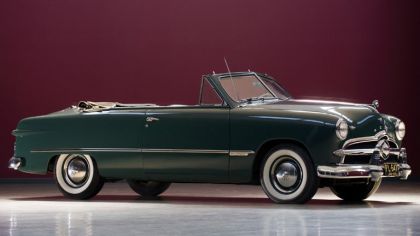 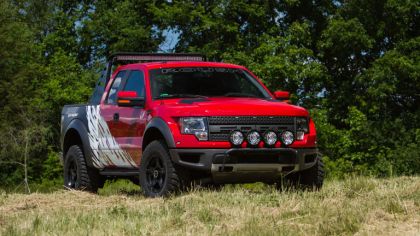