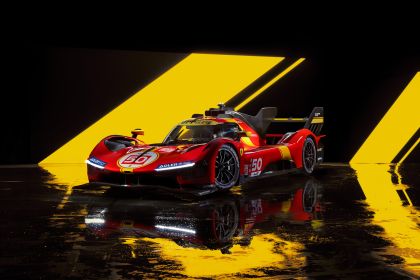 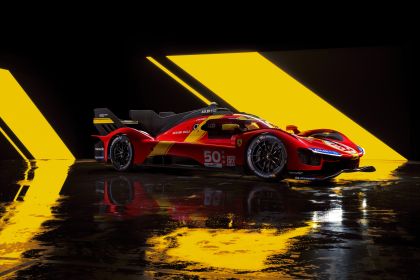 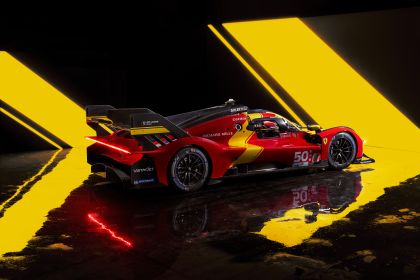 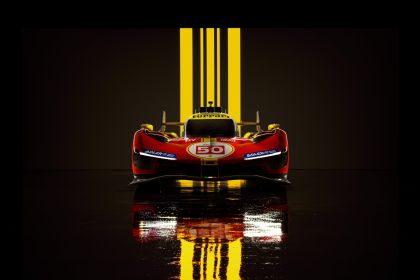 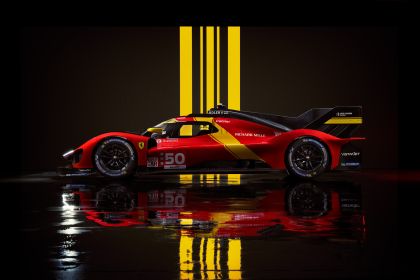 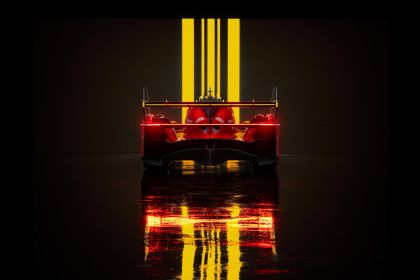 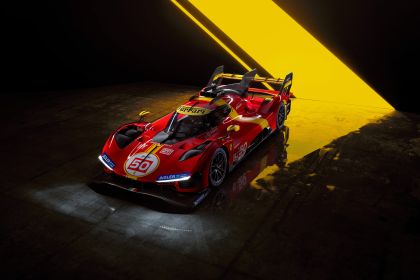 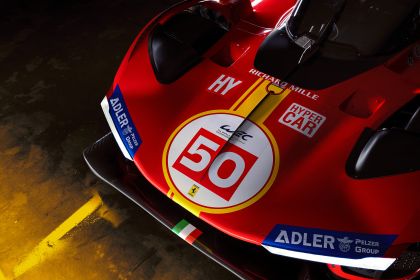 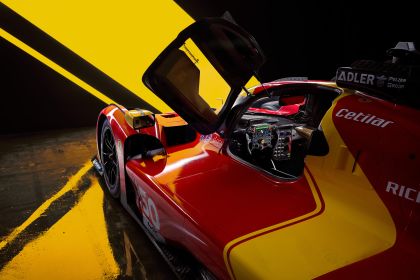 499P is the name of the new Le Mans Hypercar with which Ferrari will tackle the FIA WEC World Endurance Championship in the elite class from 2023, a name evoking the history of the Prancing Horse manufacturer. In the past, prototypes were identified by the letter 'P', frequently preceded by the number of the engine's unitary displacement. The 499P is no exception. The car is an outcome of a vision proudly rooted in the past, that gave rise to the legend of today, enabling the company to achieve 22 world titles and 9 overall wins at the 24 Hours of Le Mans. Nevertheless, it has its sights set firmly on the future, both in terms of the technical and design content that the prototype features. The livery, with which the 499P will debut at the forthcoming 1000 Miles of Sebring, includes a revived version of the renowned 312 P colour scheme from the 1970s, which also visually underscores the historical connections interrupted 50 years ago, but that have remained ever present in the brand's essence. For this reason, one of the Maranello-entered endurance cars will be adorned with the number 50, while the other will bear the number 51, one of the most successful ever.

The new FIA (Fédération Internationale de l'Automobile) and ACO (Automobile Club de l'Ouest) technical regulations outlined for the Hypercar class have led Ferrari to embark on an innovation and development path to produce a Le Mans Hypercar (LMH), faithful to tradition, that sees the track as the ideal terrain for developing cutting-edge technological solutions to be integrated onto its road cars. The 499P is a manifesto to Ferrari's commitment to endurance racing.

The four-wheel drive prototype complies with the technical regulations and requirements of the hybrid-engined Le Mans Hypercar class, delivering a maximum power of 500 kW to the wheels and with a minimum weight of no less than 1,030 kilos. In defining the 499P, the company has drawn on the vast resources of technical, professional and human excellence that epitomise the Maranello marque, entrusting the management to Attività Sportive GT, under the direction of Antonello Coletta and the technical supervision of Ferdinando Cannizzo, head of the department in charge of engineering and development of Sports and GT racing cars.

The Ferrari 499P's hybrid powertrain combines a mid-rear power unit with an electric motor powering the front axle. The internal combustion engine (ICE) has a maximum regulation-limited output to the wheels of 500 kW (680 cv) and is derived from the road-going twin-turbo V6 family. The ICE, which shares the architecture of the engine fitted to the 296 GT3, has undergone a thorough overhaul by Ferrari's engineers, aimed both at developing ad hoc solutions for the prototype and lightening the overall weight. Among the specific characteristics of the 499P's V6 is the fact that the engine is load-bearing and therefore performs a valuable structural function, compared to the versions fitted to competition GT cars, where the engine is mounted onto the car's rear sub-chassis. The second 'soul' of the hybrid powertrain is the ERS - Energy Recovery System - with a maximum power output of 200 kW (272 cv). The electric motor is equipped with a differential and is driven by a battery that is recharged during deceleration and braking, requiring no external power source. The battery pack, with a nominal voltage of 900v, benefits from experience honed in Formula 1, although it was purpose-built for the project. The 499P's overall maximum power output is 500 kW (680 cv) and the powertrain is coupled to a seven-speed sequential gearbox.

The design of the new Ferrari 499P was refined with the support of the Ferrari Styling Centre under the direction of Flavio Manzoni. The car's technical and aerodynamic features have been enhanced by means of simple, sinuous shapes: - an explicit expression of Ferrari's DNA. The balance between tense lines and flowing surfaces, expressed in a futuristic, pure and iconic language, defines a clear yet essential architecture. The bodywork of the prototype is sculpted from a flat surface, from which the side pods and wheelarches develop harmoniously. Aerodynamic flows pass through the side pods over the recesses between the main ridges surrounding the cockpit, cooling the radiators concealed beneath the bodywork. On the Ferrari 499P, the surface area of the wheel arches, a Ferrari hallmark, are characterised by large louvres, aimed at reducing the pressure inside the wheel housings. Together with the headlight clusters, they imbue the nose with a sense of character and expressiveness, with subtle references to the styling traits first introduced on the Ferrari Daytona SP3.

The rear is the ultimate expression of how to blend technology, aerodynamics and design. A subtle carbon-fibre skin covers the various functions, leaving the wheels and suspension completely visible. The tail is characterised by a double horizontal wing; the main wing and upper flaps have been meticulously designed to guarantee the necessary downforce and achieve maximum performance.

The lower wing also features a 'light bar' that enriches the rear design with a decisive yet minimalist touch. Finally, in a dominant position above the car is a multiple air intake that feeds the V6 engine intake and supplies cooling air to the battery and gearbox.

Built on an all-new carbon-fibre monocoque chassis, the Ferrari 499P features solutions that represent the cutting edge of motor sport technology. The geometry of the double wishbone, push-rod-type suspension results in outstanding qualities of damping stiffness, the benefits of which are evident at both maximum velocity as well as in cornering. The electronics systems are developed from and further innovate upon the experience honed in the world of GT racing.

No less sophisticated is the braking system, which integrates a brake-by-wire system necessary to allow the recovery of kinetic energy by the front electric axle under braking. The system has been developed to combine precision and speed of response with reliability and durability, complementary aspects that are one of the keys to success in endurance racing. The electric front axle uses energy recovered while braking, storing it in the high-voltage battery before transmitting torque to the front wheels when a certain speed is attained, thus helping boost the performance on the tracks scheduled to host the 2023 calendar.

The Ferrari 499P will be managed on track by Maranello technicians and engineers with the collaboration of AF Corse. The partnership continues the winning streak which began in the 2006 FIA GT with the F430 GT2 that secured Team, Driver and Constructor titles in its debut season. The vast majority of GT successes in recent years have been the result of the partnership between Ferrari and AF Corse, including all those achieved in the World Endurance Championship (WEC) since its inception in 2012. 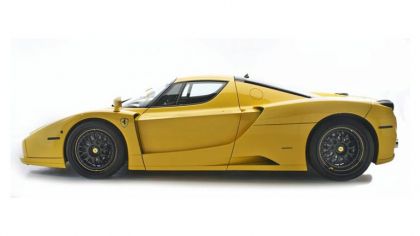 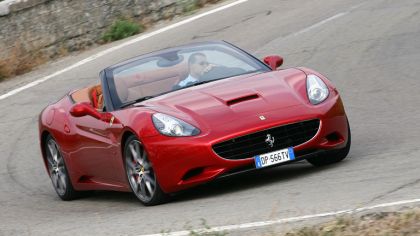 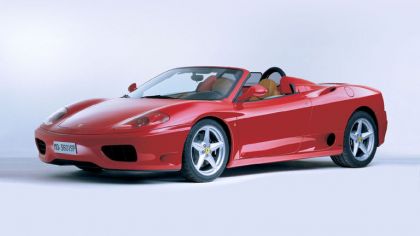 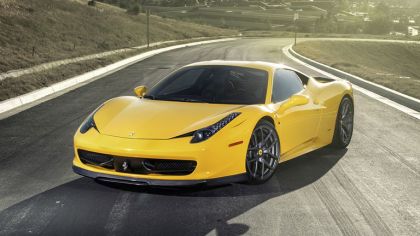 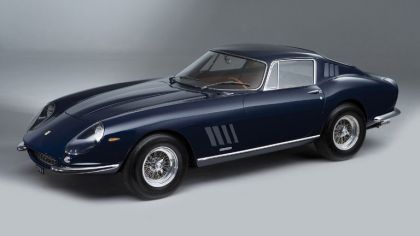 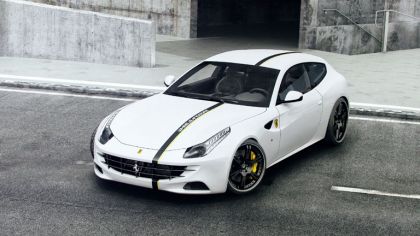 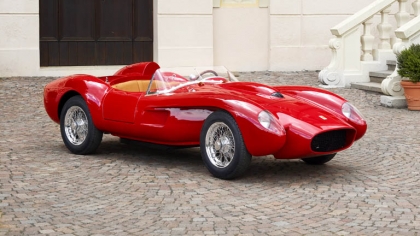 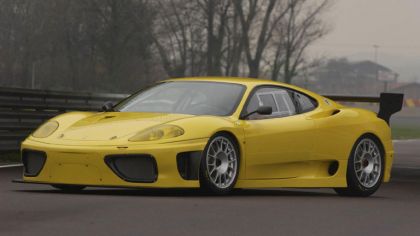 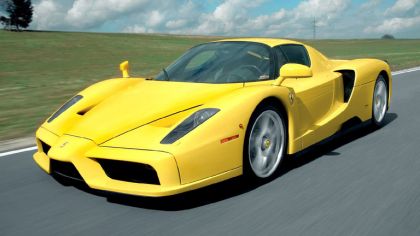