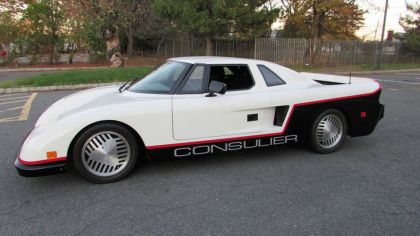 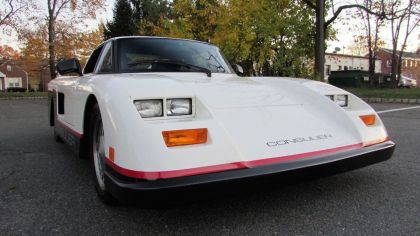 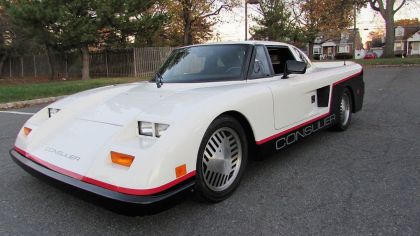 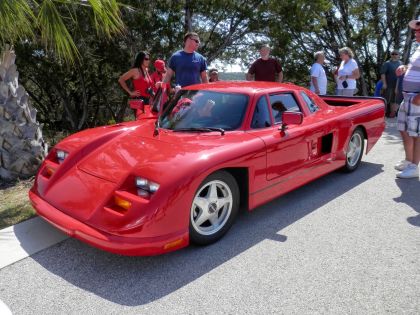 The Consulier GTP, conceived by Warren Mosler in 1985, was a 2200 lb (998 kg) mid-engined sports car built in two series. The first series sold about 70 copies and was powered by a Chrysler 2.2 I4 Turbo II engine producing 175 hp (130 kW). The second series made use of the improved Turbo III version of the same engine, which produced 190 hp (141 kW) and had a top speed of 155 mph (249 km/h). Most mechanical components were also sourced from Chrysler. The chassis was a unique fiberglass-and-foam monocoque, the first carbon fiber and Kevlar-bodied vehicle ever to go into production with no structural metal in the body. The GTP Sport was the base model, with the GTP LX adding luxury features such as Recaro seats, VDO instrumentation, Fittipaldi wheels, Alpine sound system, sunroof, leather upholstery, air conditioning, cruise control, power locks, power mirrors, power windows, tilt steering wheel, and wool carpet; options included a security system and car phone. Both versions had full instrumentation, in a plain flat-black panel, with eleven gauges in two sizes.

The GTP was successful in IMSA racing for six years, however its excellent power to weight ratio, responsible for its success, effectively made the car unbeatable; the car was eventually saddled by IMSA with a 300-pound weight penalty before being banned entirely in 1991.

After Consulier Industries spun off into Mosler Automotive, a few of the cars were produced as hybrids between the GTP, Intruder, and Raptor. Some were modified to accept longitudinal Chevrolet Small-Block V8 engines, which would eventually be used in the Intruder and Raptor. Two separate companies also modified the GTP and installed electric drive components; one of these, a company named Solar Electric, advertised their version in print ads featuring Leslie Nielsen and sold the vehicles through Neiman Marcus. 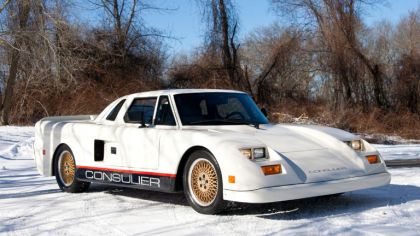