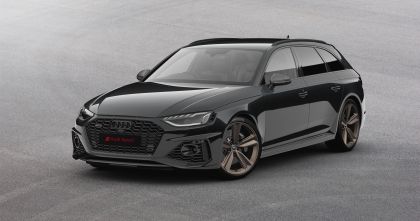 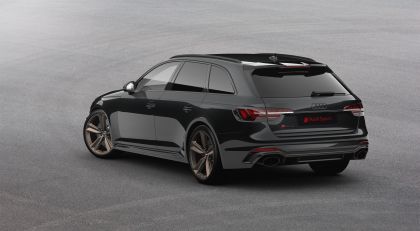 Built for stealth with its Vesuvius Grey paint and black detailing, yet also shot through with a bold as brass streak evident in its stunning 20-inch bronze milled wheels, the new RS 4 Avant Bronze Edition is a car of contrasts. Limited to just 25 examples in the UK, this short-run addition to the RS 4 range is available to order now priced at £82,395 OTR, and features an exceptional standard specification that in some respects plays down the super Avant’s flared and muscle-bound stance, but in others renders it even more eye-catching.

Updated externally in late 2019 by the latest Audi design hallmarks, and internally by an advanced new touch-screen MMI Touch operating system, the RS 4 Avant is shown in a new light by the exclusive paint finish and distinctive wheels that set the Bronze Edition apart, and a number of key details help to complete the look. Starting upfront, they include a high gloss black finish for the Singleframe and front air intake surrounds, which are complemented by a matt carbon lip spoiler. In profile, black roof rails and window surrounds and matt carbon mirror housings also help to darken the mood, as does a matt carbon diffuser with a high gloss black insert at the rear.

The overlap between low key and high profile is also emphasised by the RS sport exhaust system, which is another additional standard feature of the Bronze Edition that replaces the usual brightwork of the two trademark oval RS tailpipe trims with black equivalents, and also amplifies the already strident soundtrack played by the 450PS, 2.9-litre TFSI.

Inside, the striking milled wheels are referenced by bronze contrast stitching for the black Fine Nappa leather super sport seats. This limited edition model also features additional Fine Nappa leather elements in the sides of the centre console and the armrests, which are also trimmed with bronze stitching, as are the leather-rimmed steering wheel and gear lever gaiter. Carbon detailing is also carried through from the exterior into the matt carbon twill inlays which perfectly complement the contrast-stitched leather.

The Bronze Edition also takes on board some additional useful features, as well as some luxuries, as part of its standard Comfort and Sound Pack. This includes the Advanced Key system, which enables the keyholder to unlock and open the car by simply lifting each door handle without needing the key in-hand, and also brings electric hands-free opening for the powered tailgate, enabling access to up to 1,495 litres of luggage space by simply touching a foot on a sensor mounted in the rear bumper underside. It also adds a 360-degree camera that uses wide-angle lenses to pick up the entire perimeter of the car and offers a ‘bird’s eye view’ feature, plus extended LED interior lighting that can bathe the interior in a variety of colours configurable via the MMI. Last but by no means least, it brings an upgrade to Bang & Olufsen audio delivering a 755-watt output via 19 speakers.

The core standard equipment list for the RS 4 Avant Bronze Edition takes the standard car as its basis, and as befits a model in the Audi Sport stable that list is of course extensive. It includes everything from Matrix LED headlights and MMI Navigation Plus to massaging front seats, the Audi Virtual Cockpit with RS-specific screens and Audi Phonebox wireless handset charging.

The 10.1-inch MMI touch display is the nerve centre of the latest RS 4 cabin. Tilted slightly towards the driver, the touch-sensitive screen provides acoustic feedback and takes over the functions of the previous rotary pushbutton on the centre console. The driver can use the RS monitor to call up an overview of drive system component temperatures, maximum g-forces and information regarding tyre pressures and temperatures. In the Audi virtual cockpit, the special RS displays provide information on tyre pressure, torque, power output, engine oil temperature, lap timings, acceleration measurements and g-forces. A shift light display is also included to prompt the driver to upshift when the rev limit is reached.

The limited edition RS 4 Avant Bronze Edition temporarily expands the latest UK RS 4 family to four members. The line-up also includes the ‘standard’ RS 4 Avant, the RS 4 Avant Carbon Black and the RS 4 Avant Vorsprung, each offering a slightly different take on the superfast Avant theme that will suit enthusiasts who prefer to keep a relatively low profile, those with more extrovert tastes and those for whom luxury and the latest technological developments carry as much weight as cornering capability and pace.

Aside from the powerfully built Avant body, the common ground shared by all four variants is of course the formidable twin-turbo V6 TFSI. Offering 450PS and a 600Nm torque peak in each, it facilitates acceleration from zero to 62mph in just 4.1 seconds, and storms onwards to a limited top speed of 155mph in the RS 4 Avant, RS 4 Avant Carbon Black and RS 4 Bronze Edition, or 174mph in the RS 4 Avant Vorsprung. The high-output V6 impresses not only with its strong performance but also with its high level of efficiency. In the new WLTP driving cycle, it returns up to 30.7mpg,  which corresponds to 211 grams of CO2 per kilometre (NEDC-derived).

The power of the 2.9 TFSI flows to the quattro permanent all-wheel drive system via an eight-speed tiptronic transmission which in regular driving delivers 60 percent of torque to the rear axle and 40 percent to the front by way of a purely mechanical centre differential. Up to 70 percent can be delivered to the front or up to 85 percent to the rear in more demanding driving situations, during which wheel-selective torque control also intervenes, braking the wheels on the inside of the bend very slightly to give the car a supportive push into the bend and impart a precise, agile and neutral feel. The standard quattro sport differential with RS-specific tuning also sharpens dynamic response in corners by distributing torque between the rear wheels actively and in a targeted manner.

In the RS 4 Avant Bronze Edition, like its standard and Carbon Black counterparts, quattro agility and reassurance is delivered with the help of a sophisticated five-link front and rear RS-specific suspension that enables the optimal absorption of longitudinal and lateral forces. The driver can tailor the driving experience to suit via the standard Audi drive select dynamic handling system, which now features five profiles: comfort, auto, dynamic and the new customisable RS1 and RS2 modes. The new RS modes are easily accessible via steering wheel-mounted buttons, making it easier than ever for the driver to set the car up to suit his or her mood or driving route. 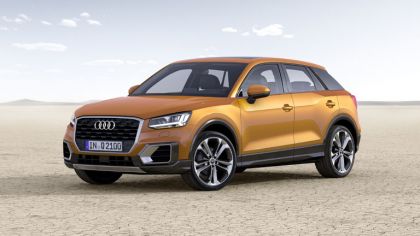 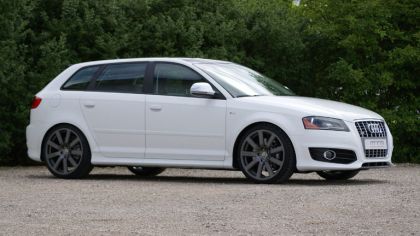 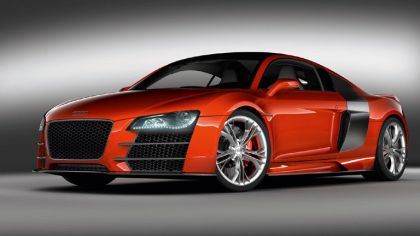 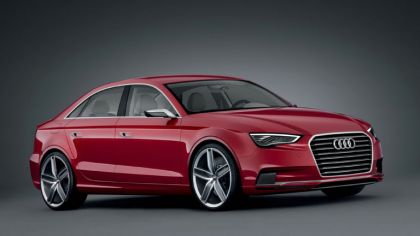 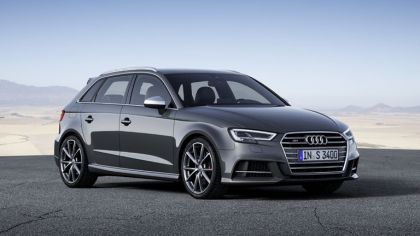 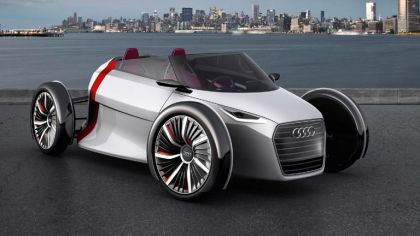 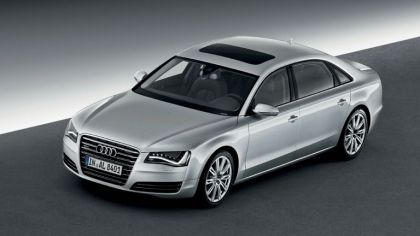 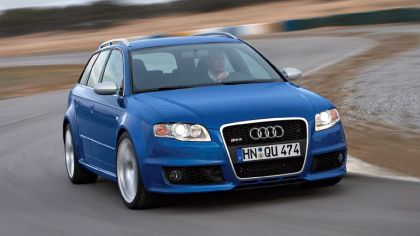